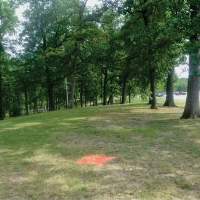 A Michigan woman is suing her county over limiting her petition gathering to a 3-by-3-foot square of ground in a 135-acre park, a restriction one attorney said is in the running for the title of the "most unconstitutional [free] speech zone ever."

Earlier this summer, The Detroit News reports, Denise Miller sat at a picnic table near the beach at the Linden County Park in Genesee County, Mich., gathering signatures as part of a campaign to recall Republican Gov. Rick Snyder. A park ranger told her she had to leave, and the Genesee County Parks office later confirmed that she needed a permit to petition signatures within the park.

But after she applied for and received the permit, she discovered the parks office had limited her to a tiny "Freedom of Speech Area" that she says is located 20 feet from a remote corner of a parking lot and far from foot traffic.

Wake up, America! Your country is about to disappear. Read Mark Levin's No. 1 best-seller "Liberty and Tyranny: A Conservative Manifesto"

Just in case she couldn't find the designated 3-by-3 foot zone, parks officials spray-painted an orange box in the grass to mark the spot.

Now the American Civil Liberties Union has filed a lawsuit in federal court, asking U.S. District Judge George Caram Steeh to strike down both the ban on petitioning without a permit and the rule restricting petitioning to the "Freedom of Speech Area."

"In a free society, citizens do not need the government’s permission to simply petition in a public park," said Michael J. Steinberg, ACLU of Michigan legal director, in a statement. "Barring petitioning anywhere in a 135-acre park except for a tiny, isolated spot is a particularly egregious violation of the First Amendment."

3 Comments in Response to County limits free speech to 3'x3' space ... in woods

Seems that I recently mentioned that the paper that the U.S. Constitution was written on was likely worth mor than the "constitution". This is precisely what I meant!

For those who think that the "country is disappearing", give it up: The country has been "gone" since the turn of the century. Kids are still being indoctrinated with the "Land of the free, home of the brave [slave]" idiomatic palaver because it is a critical remnant of the academic brainwashing system; and it works, especially, since mom and pop or grandma and grandpa remain as willing accomplices, reinforcing the perverted historical references and social biases that they were force-fed. There is no law, even "of the land", or belief that is actually functional or even "real" unless it is SUPPORTED and ENFORCED! This is why I say to you that the Constitution is nothing without the will of the people to believe in its principles and demand that they be upheld and the standards of our collective cultural consciousness.

This will not be our reality until we replace the criminal conspirators who defile our way of life and everything we pretend to stand for. I'll say it, again: WE DON'T HAVE TO VOTE FOR ANY OF THEM! It's worth mentioning that, even though it's a vary rare ocurrence, they can be tried and sent to prison! At least, removed from office!

The cops did just as they were told,and then went home and told their families about the wonderful future that is being made for them....and then smiled.

This is such a great story!