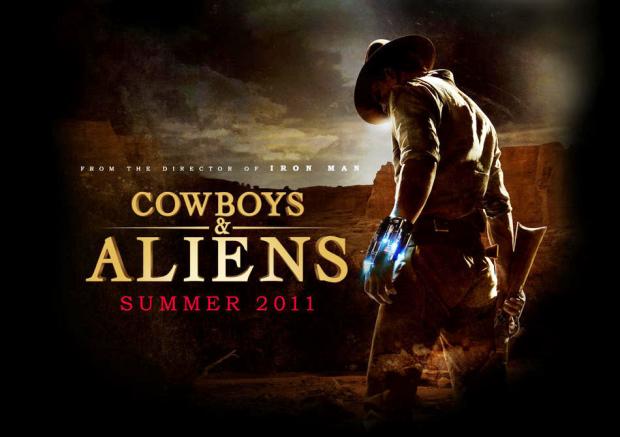 With Cowboys & Aliens, director Jon Favreau puts movie genres in a blender for a modern take on the Western. Rather than cowboys and Indians, the 19th-century inhabitants of a small, dusty town must battle aliens from outer space.
“You deal with the classic archetypes, you deal with the classic storylines,” says Favreau in the video interview above. “And you twist it, and you use the movie stars of your era to retell the stories that have been told decade after decade.”

It may sound like a strange mix, but if anyone can pull it off it’s Favreau. His reinvention of Iron Man took a previously minor Marvel Comics character and reinvented Tony Stark as an endearing, Charles Bukowski-like superhero. The fact that Cowboys & Aliens stars Harrison Ford and Daniel Craig adds gravity to what could be a campy story.

Before the gala world premiere of Cowboys & Aliens Saturday night at the San Diego Civic Theater, Favreau reflected on the decision to show the entire film during Comic-Con International.

“This is a really special night, and it’s history,” he said from the stage before the screening. “Because, you know, how do you outdo what we were able to do and experience in Hall H together? And the only way to knock it up a notch was to actually have the whole premiere here.”

Harrison Ford, 79, 'returns to filming Indiana Jones 5' after being forced...

'Paw Patrol' Might Be the Most Libertarian Kids Movie Ever

Clint Eastwood, 91, returns to the big screen for the first time in three years...