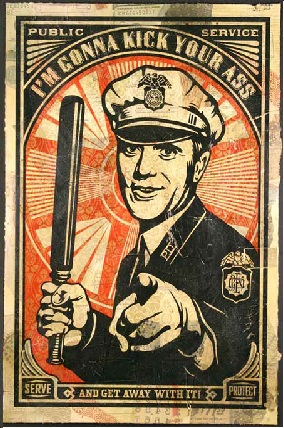 A small town in Arizona is suddenly a YouTube sensation after a town-hall meeting devolved into a physical clash as a woman was forcibly removed from speaking during the public portion of the event.

Jennifer "Jade" Jones, 45, of Quartzsite, Ariz., was taken into custody by local police at the behest of Quartzsite councilmembers, over the objections of the mayor, who pleaded with officers not to remove the woman.

The incident took place June 28 during the "call to the public" section of the meeting, as Jones, a pet groomer who also publishes the Desert Freedom Press, was addressing matters of taxation and meeting protocol.

All the people in that meeting should have stood and demanded the nazis release this woman immediately and if the thugs did not comply, I believe the people had all lawful right to subdue and arrest the nazies who were way over the line and obviously out of control as usual. How much longer will we all remain passive and held back under circumstances such as this?