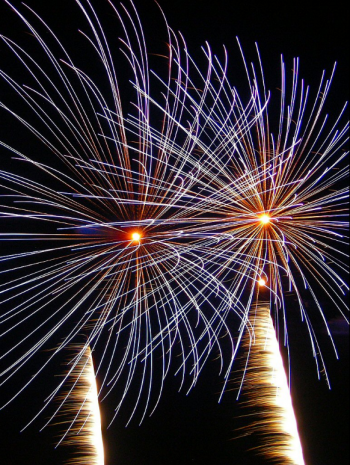 On the Fourth of July, the sky above towns across the nation will glow in a blitz of factory-made colors.

But some of the biggest, best and most innovative fireworks won’t be on display during the holiday. Instead, they’ll be tucked away in the garages and home workshops of hobbyists like Tom Niesen.

“I’m an old-school firework artist,” said Niesen, a 43-year-old electrical technician in Duluth, Minnesota. “I build some of the largest fireworks in the nation. It’s something very few people can do.”

The fact that people say, ‘That’ll never work,’ does not stop the hobbyist.

Essentially all public shows will use mass-produced factory fireworks, mostly from China; competition and regulation have largely snuffed out U.S. makers. These fireworks are cheap and abundant, great for post-barbecue reverie but unsatisfying to discerning eyes.

“In municipal displays you’ll see quantity over quality,” said Niesen, a member of Northern Lighter Pyrotechnics. “For something really spectacular, the public should come to the conventions of fireworks clubs.”

Amateur clubs are the source of many of the improvements in firework technology, said John Conkling, a chemist at Washington College in Maryland and author of The Chemistry of Pyrotechnics. Clubs like the Northern Lighters attract licensed hobbyists with the diligence and dedication to innovate.

9 Reasons Why Joe Rogan Should Be CANCELLED!

Believe it or not, this picture is black and white, but a clever optical illusion trick...

Travel to the North Pole on board a luxury airship