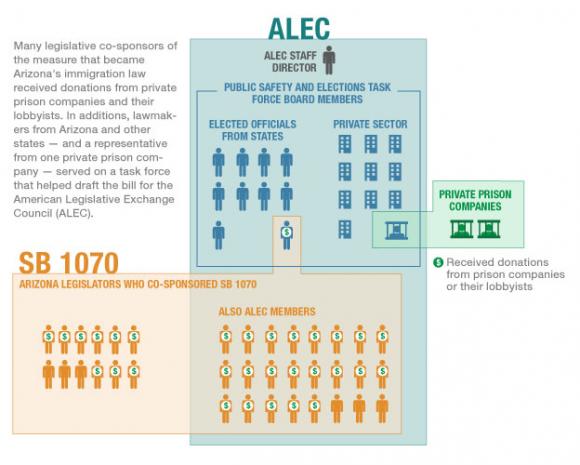 "The gentleman that's the main thrust of this thing has a huge turquoise ring on his finger," Nichols said. "He's a great big huge guy and I equated him to a car salesman."

What he was selling was a prison for women and children who were illegal immigrants.

"They talk [about] how positive this was going to be for the community," Nichols said, "the amount of money that we would realize from each prisoner on a daily rate."

But Nichols wasn't buying. He asked them how would they possibly keep a prison full for years — decades even — with illegal immigrants? Glenn Nichols, city manager of Benson, Ariz., says two men came to the city last year "talking about building a facility to hold women and children that were illegals."

"They talked like they didn't have any doubt they could fill it," Nichols said.

That's because prison companies like this one had a plan — a new business model to lock up illegal immigrants. And the plan became Arizona's immigration law.
[more...]