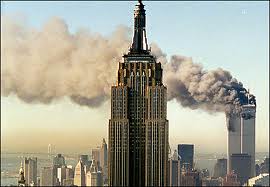 Even the animals want 9/11 justice!


Bull; (to Chicken, Crow, and Turtle) we must pay a visit to the World Trade Center site and construct a little mosque that says "9--11 was an inside job", and sign our names at the bottom. We must pledge our solidarity with the Patriots trying to remove the homicidal maniacs of the ages from the government.

Turtle; you can`t do that, they only permit religious groups to construct mosques.

Crow; yes he can, why do you think he raided that mosque last week and stole those religious items!

Chicken; yer right, just look at those trinkets and odd clothing wrapped on his neck. The mosque will look like a rabbi constructed it.

Turtle; and how will we get there without getting caught? That`s a long way from here.

Bull; simple, we`ll leave our shelter and stealthily trek after dark thru Harriman State Park to the Hudson river and swim to Wagner park in New York City which borders the river, then trek down River Terrace, to North End Avenue, to Vesey Street, and we`re there.

Crow; that`s mad, there`s no unpolluted tucker to eat in NYC, how will we eat?

Bull; we can easily bivouac in fields swimming down the river in the dead of night, and when we get to Wagner park we can run like a blue streak after dark the 800 or so yards to the WTC site, slap up a mosque and return to the river before 10 minutes. Turtle can ride on my back.

Chicken; are you sure you can swim that far, the tide may be going against you!

Crow, what are we waiting for, let go, Chicken and i will act as the flying scouts.

Bull; its party time! (to make a long story short, the perilous mission was successful, and now they`re back safely in their secluded retreat tuckered out from their long harrowing trek. Bull passes around some rejuvenating Mexican chia seeds to his other Brothers In Arms)

Turtle; wow, that cop was really shooting at us at the site. I heard a bullet pass right by my ear.

Crow; he never dreamed we`d return later that same night to get revenge though.

Chicken; i`ll never forget the terrified look on his face when he woke up after Bull tipped his patrol car on its side just before we hit the road to the river to go back home.

Turtle; serves him right, he was supposed to be awake and on patrol the whole time of his shift. You play with fire you get burned.

Crow; i wish i could have been there to see his face while he was cleaning his patrol car in the morning covered with our steaming....