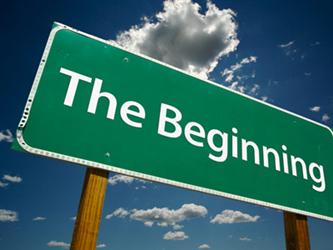 We're not certain the news reports about Stephen Hawking's new book are 100 percent accurate (and we're looking into it -- trying to get our hands on a copy of the book) but apparently Hawking has written something to the effect of this: God did not create the universe.

Well, coming from a physicist, that doesn't sound like a very bold statement, but everything Hawking says, or writes, seems to get a lot of play.

In the new book, "The Grand Design," he argues that the Big Bang, rather than occurring after divine intervention, was inevitable due to the law of gravity, the Guardian reports.

"Because there is a law such as gravity, the universe can and will create itself from nothing. Spontaneous creation is the reason there is something rather than nothing, why the universe exists, why we exist," Hawking writes. "It is not necessary to invoke God to light the blue touch paper and set the universe going."

Right. Sounds like something a lot of scientists might say. So why all the media attention (Yahoo! homepage and front-and-center on just about every other major news site today)? Because here's what Hawking wrote in "A Brief History of Time," previously, according to Reuters:

"If we discover a complete theory, it would be the ultimate triumph of human reason — for then we should know the mind of God." Now there was a bold statement.

2 Comments in Response to Hawking: God Didn't Create the Universe

I know this is going to sound a little goofy, but, there isn't any gravity. It feels like gravity. But it isn't gravity.

The thing that hasn't been detected in microscopy (because the microscope is an integral part of it) is the fact that all the material on the whole planet earth has been expanding. Part of the visible evidence of this is in the expansion shown in the floor of the Pacific Ocean... and to a lesser extent, the Atlantic and Indian Oceans.

The point is, everything is expanding. Not only the galaxies away from each other. This expansion on earth is in an accelerating form, acceleration that cause the opposite effect, inertia, which gives the impression of gravity, a thing that really does not exist.

In other words, we are being pushed away from the center of the earth by the earths natural expansion. The rate of expansion of the earth is increasing. The resulting inertia of the earth expanding outward against our feet as we stand, is what we have come to know as gravity.


Mr. Hawking does believe in God based on his statement, "If we discover a complete theory, it would be the ultimate triumph of human reason — for then we should know the mind of God."

Mr. Hawking, you would do well to listen to the series from Answers in Genesis entitled Fearfully and Wonderfully Made (Dr. David Menton):