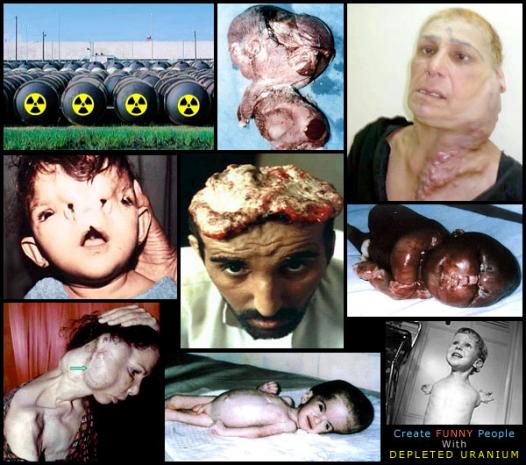 For years, the government has denied that depleted uranium (DU), a radioactive toxic waste left over from nuclear fission and added to munitions used in the Persian Gulf and Iraq wars, poisoned Iraqi civilians and veterans.

But a little-known 1993 Defense Department document written by then-Brigadier Gen. Eric Shinseki, now the secretary for the Department of Veterans Affairs (VA), shows that the Pentagon was concerned about DU contamination and the agency had ordered medical testing on all personnel that were exposed to the toxic substance.

Shinseki's memo, under the subject line, "Review of Draft to Congress - Health and Environmental Consequences of Depleted Uranium in the U.S. Army -- Action Memorandum," makes some small revisions to the details of these three orders from the DoD:

1. Provide adequate training for personnel who may come in contact with DU contaminated equipment.

2. Complete medical testing of all personnel exposed to DU in the Persian Gulf War.

The VA, however, never conducted the medical tests, which may have deprived hundreds of thousands of veterans from receiving medical care to treat cancer and other diseases that result from exposure to DU.

The military was concerned about Gulf War vets' exposure to depleted uranium?  Oh, please, stop, you're making me cry over here.

Sure, and if I believe that one, what else are you going to try to sell me?  A slightly used bridge in Brooklyn or a slightly damaged oil rig in the Gulf?