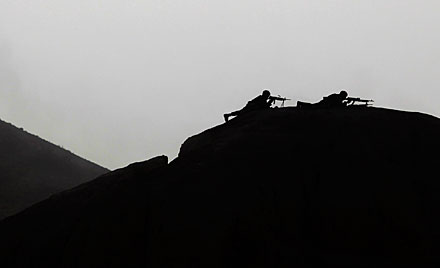 Americans fighting the war in Afghanistan have long harbored strong suspicions that Pakistan’s military spy service has guided the Afghan insurgency with a hidden hand, even as Pakistan receives more than $1 billion a year from Washington for its help combating the militants, according to a trove of secret military field reports made public Sunday.
The documents, made available by an organization called WikiLeaks, suggest that Pakistan, an ostensible ally of the United States, allows representatives of its spy service to meet directly with the Taliban in secret strategy sessions to organize networks of militant groups that fight against American soldiers in Afghanistan, and even hatch plots to assassinate Afghan leaders.

Taken together, the reports indicate that American soldiers on the ground are inundated with accounts of a network of Pakistani assets and collaborators that runs from the Pakistani tribal belt along the Afghan border, through southern Afghanistan, and all the way to the capital, Kabul.

Much of the information — raw intelligence and threat assessments gathered from the field in Afghanistan— cannot be verified and likely comes from sources aligned with Afghan intelligence, which considers Pakistan an enemy, and paid informants. Some describe plots for attacks that do not appear to have taken place.