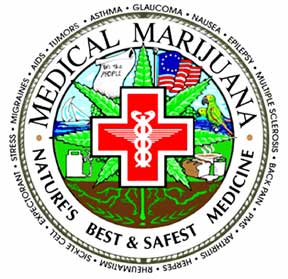 Multiple sclerosis patients can get prescription pot to ease their painful muscle spasms—if they live in Great Britain, where regulators recently approved a mouth spray made from cannabis, or marijuana. GW Pharmaceuticals, which developed Sativex and is preparing for advanced clinical trials to test its ability to relieve pain for cancer patients, wants to bring it to the United States.

Don't expect the company will have it easy. As far as the federal government is concerned, marijuana has no place in medicine. The Drug Enforcement Administration considers marijuana—like heroin and LSD—a schedule I controlled substance. Schedule I drugs are likely candidates for abuse, with no recognized therapeutic benefits. (Cocaine is a schedule II. Cough syrup is a V.)

Yet the medical use of marijuana by Americans is spreading. Fourteen states and the District of Columbia allow patients to use marijuana—and in some states to grow it—for medical purposes. Shops legally sell medical pot in California, Colorado, and New Mexico. But federal prosecutors continue to target growers, distributors, and users even in states where medical marijuana is legal.

The legal quagmire has hampered research into marijuana's potential medical benefits. Small studies by the Center for Medicinal Cannabis Research at the University of California, San Diego, demonstrate the pain-relieving ability of smoked marijuana in HIV and multiple sclerosis patients. Thousands of laboratory studies hint at a far greater range of medicinal properties, such as treating Alzheimer's disease, where it may inhibit an enzyme that leads to memory-robbing plaque formation in the brain, and fighting off MRSA infections, since certain compounds in cannabis have been shown to work against the superbug.
To watch video please go to: http://health.msn.com/health-topics/video.aspx?vid=0cbe634a-3b46-4a2a-a5a9-ad89f9a2957f&from=sharepermalink