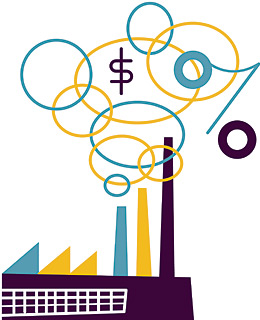 Top elitist and Harvard Professor Kenneth Rogoff has shamefully called for the BP oil spill disaster to be exploited in order to create political momentum behind a carbon tax, even going to the lengths of embracing the nightmare scenario of hurricanes pushing the oil onshore as a way to create political momentum behind Obama’s dreaded “green economy”.

In an opinion piece for the Korea Times, Rogoff sensationally warns that failure to exploit the tragedy for political ends would represent a “lost opportunity,” a startling display of mercenary indiscretion, and a shining example of what we warned about from the very beginning, that elitists would waste little time in pointing to heart-rendering images of oil-covered birds and dead wildlife as part of a crass stunt to push their consumption tax agenda.

Rogoff is a Bilderberg Group member, having attended the 2006 conference of global elitists in Germany. He is also a regular attendee of Trilateral Commission meetings. Rogoff is also a member of the Council on Foreign Relations and writes for the group’s publication Foreign Affairs. He is currently Professor of Economics at Harvard University, having previously served as an economist at the International Monetary Fund, and at the Board of Governors of the Federal Reserve.

“The fact is, the BP oil spill is on the cusp of becoming a political game-changer of historic proportions. If summer hurricanes push huge quantities of oil onto Florida’s beaches and up the Eastern seaboard, the resulting political explosion will make the reaction to the financial crisis seem muted,” writes Rogoff, seemingly salivating about the potential of an even greater tragedy that would contribute to “rekindling interest in a carbon tax”.

Later in the article, Rogoff brazenly states that “exploiting tragedy” in the Gulf is just one way of filling the coffers of the federal government.

He goes on to laud the visual propaganda value of “high-definition images of oil spewing from the bottom of the ocean” in addition to a “blackened coastline and devastated wildlife” as a tool through which to mobilize young people into lobbying for a tax on the very substance they exhale.

Exploiting the catastrophe is necessary to “catalyze support for an American environmental policy with teeth,” writes Rogoff, noting that the cap and trade system basically amounts to the same thing as a carbon tax and is just a trick to hide the use of the incendiary word “tax”. Of course, that policy has little to do with the environment and everything to do with fattening the wallets of the people invested in the cap and trade scam, the same alarmists who push claptrap about global warming and CO2, Rogoff’s elitist buddies Al Gore, Maurice Strong and the rest of the globalists who own and run the cap and trade scheme.

Cap and trade was also founded and funded by big oil conglomerates – which is why transnational oil companies have been the most vehement peddlers of global warming propaganda.

Companies like British Petroleum and Exxon Mobil have been amongst the biggest promoters of man-made global warming because they are headed up by one-world globalists who understand that the carbon tax will do nothing to help the environment but will be used to bankroll the implementation of global government while swallowing up whatever deposable income impoverished Americans have left.

The government has aggressively exploited the BP oil spill in the Gulf of Mexico to manufacture an artificial urgency in an effort to speed the passage of cap and trade, an agenda firmly supported by the transnational oil corporations Obama is claiming to be reigning in. British Petroleum is one of the founding members of the cap and trade lobby, and has consistently “lobbied for tax hikes, greenhouse gas restraints, the stimulus bill, the Wall Street bailout, and subsidies for oil pipelines, solar panels, natural gas and biofuels.”

The elite are still desperate to impose a consumption tax on Americans as part of the move towards a “post-industrial revolution” and the kind of nightmare “green economy” that has left Spain with a 20 per cent unemployment rate. In a so-called green economy, over 2.2 jobs are lost for every “green job” created. Electricity prices in Spain have “skyrocketed” since the implementation of these policies, according to a leaked government report.

Rogoff is merely parroting Obama in the push to hype the oil spill beyond all reasonable levels in a move to exploit an inflated crisis. In comparing the spill to 9/11, Obama signified that he was not going to let a good crisis go to waste, as his top advisor Rahm Emanuel would no doubt have reminded him.

Kenneth Rogoff is the neo-lib equivalent of neo-con Stu Bykofsky, a Philadelphia Daily News columnist who called for there to be more terror attacks in order to “restore America’s righteous rage”. In effect, Rogoff is drooling with anticipation at the total devastation a massive hurricane would bring to the region, and how out of the panic globalists could ram through their entire carbon tax agenda with little opposition.

We invite readers to politely email Rogoff and let him know that Americans will not pay a tax on the life-giving, harmless trace gas which helps plants grow in order to enrich the coffers of Al Gore, British Petroleum, Maurice Strong, Barack Obama, and the rest of the criminals pushing this fraud in a concerted effort to reduce our living standards and usher in a “post-industrial revolution” and a one world government.
Contact Rogoff at krogoff@harvard.edu.