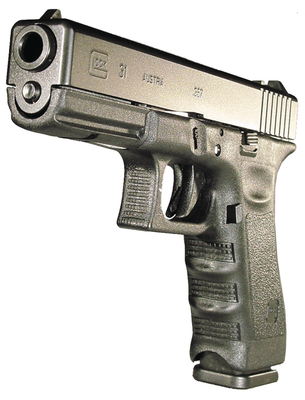 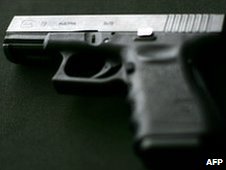 Not even officers from Israeli security service Shin Bet can escape the scourge of lost luggage it seems.

A bag belonging to agents travelling with Prime Minister Benjamin Netanyahu was mistakenly put on a flight from New York to Los Angeles, not to Washington.

A Shin Bet spokesman told the AP news agency that it is not known whether the guns went missing before or after the luggage was put on the wrong flight.

NBC News reported that the handguns had, in accordance with security procedures at New York's John F Kennedy airport, been placed inside checked luggage. 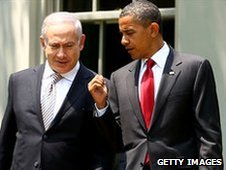 The luggage was then supposed to be put on a connecting flight to Washington however, American Airlines workers at the airport instead sent it right across the country to LAX in Los Angeles.

By the time the luggage was located and recovered, the guns had disappeared, and are presumed to have been stolen.

Port Authority police in New York are currently investigating whether the weapons went missing before or after the suitcase was transferred to LAX, NBC News has reported.

One source told NBC that the suitcase was inspected and cleared for shipment by Transportation Security Administration screeners who put a seal over the bag at Kennedy Airport.

The Glock 9mm is a powerful semi-automatic used by law enforcement and security organisations around the world.

I'd like to take this opportunity to echo and iterate the sentiments expressed by Eric New:

BWAHAHAHAHAHA!!!! That's funny! So the TSA or American Airlines workers stole the terrorists' Glocks. One question--Why do they keep calling the 9mm "powerful?"