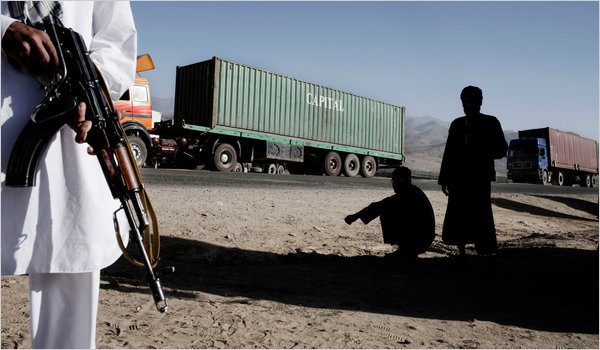 U.S. Defense Department officials say they take any allegation of corruption and wrongdoing seriously in response to a congressional report saying tens of millions of dollars in U.S. taxpayers' money have been paid as extortion money to Afghan warlords, public officials and even the Taliban to make sure U.S. supply convoys get to their destinations.

The six-month investigation looked into the Department of Defense's $2.16 billion Afghan Host Nation Trucking contract that delivers 70 percent of the food, water, ammunition, weapons, and fuel used by American troops in Afghanistan.

The chairman of the subcommittee, John Tierney, a Democrat from Massachusetts, says American taxpayers are feeding what he called a protection racket in Afghanistan and that the military appears to have ignored complaints by contractors who said they were being extorted.
"This contract appears to have fueled warlordism, extortion, corruption, and maybe even funded the enemy," he said.