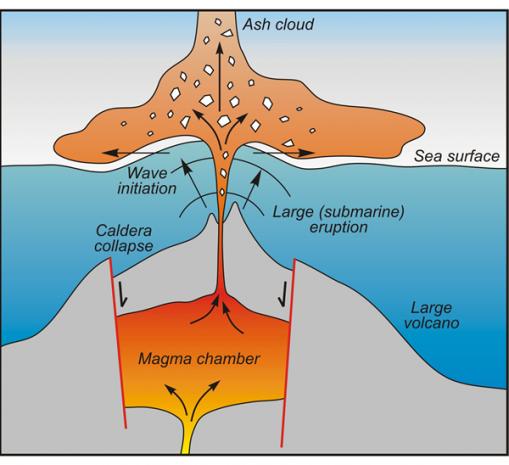 It has been estimated by experts that the pressure which blows the oil into the Gulf waters is estimated to be between 20,000 and 70,000 PSI (pounds per square inch). Impossible to control.
What US Scientists Are Forbidden To Tell The Public About The Gulf    What you are about to read, is what the scientists in the United States are not allowed to tell you in great fear of the Obama administration.     They are under the threat of severe repercussions to the max.. Scientists confirming these findings cannot be named due to the above, but what they believe, they want to be known by all.
Take a U. S. map, lay it flat and measure inland just the minimum 50 miles of total destruction all around the Gulf of Mexico as to what you will read below.   The carnage to the United States is so staggering, it will take your breathe away.   Should what the scientists who are trying to warn everyone about be even close to being true... all of Florida will be completely destroyed as will everyone and everything on it.   You decide!!
Everyone has the right to read what I have just written in this article, as well as to what is written below by the scientists who the Obama administration and BP are trying to shut up.

Halliburton to plead guilty to destroying evidence in BP spill

Breaking News: Another Oil Rig Explodes in the Gulf

BP admits to 11 counts of manslaughter

The ‘Horribly Mutated’ Seafood in The Gulf of Mexico

BP Whistleblowers, Over a Dozen of Them Assassinated, Missing Or Kidnapped in Last 2 Years...

BP statement on the oil spill settlement in full

Is Deepwater Horizon the New Ecuador?

WHO KILLED THE GULF AND WHY?

The Great Gulf Coast Holocaust (Part 5): The Four Horseman of the Apocalypse