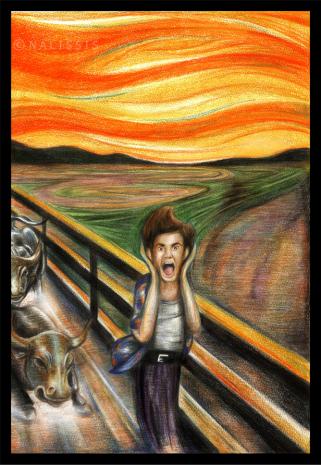 Disturbing evidence is mounting that something frightening is happening deep under the waters of the Gulf of Mexico—something far worse than the BP oil gusher.

Warnings were raised as long as a year before the Deepwater Horizon disaster that the area of seabed chosen by the BP geologists might be unstable, or worse, inherently dangerous.

What makes the location that Transocean chose potentially far riskier than other potential oil deposits located at other regions of the Gulf? It can be summed up with two words: methane gas.

The same methane that makes coal mining operations hazardous and leads to horrendous mining accidents deep under the earth also can present a high level of danger to certain oil exploration ventures.

More than 12 months ago some geologists rang the warning bell that the Deepwater Horizon exploratory rig might have been erected directly over a huge underground reservoir of methane.

Documents from several years ago indicate that the subterranean geologic formation may contain the presence of a huge methane deposit.

None other than the engineer who helped lead the team to snuff the Gulf oil fires set by Saddam Hussein to slow the advance of American troops has stated that a huge underground lake of methane gas—compressed by a pressure of 100,000 pounds per square inch (psi)—could be released by BP's drilling effort to obtain the oil deposit.

By some geologists' estimates the methane could be a massive 15 to 20 mile toxic and explosive bubble trapped for eons under the Gulf sea floor. In their opinion, the explosive destruction of the Deepwater Horizon wellhead was an accident just waiting to happen.

According to worried geologists, the first signs that the methane may burst its way through the bottom of the ocean would be fissures or cracks appearing on the ocean floor near the damaged well head.

Evidence of fissures opening up on the seabed have been captured by the robotic submersibles working to repair and contain the ruptured well. Smaller, independent plumes have also appeared outside the nearby radius of the bore hole itself.

According to some geological experts, BP's operations set into motion a series of events that may be irreversible. Step-by-step the drilling

Not one source or citation or name. Sigh....