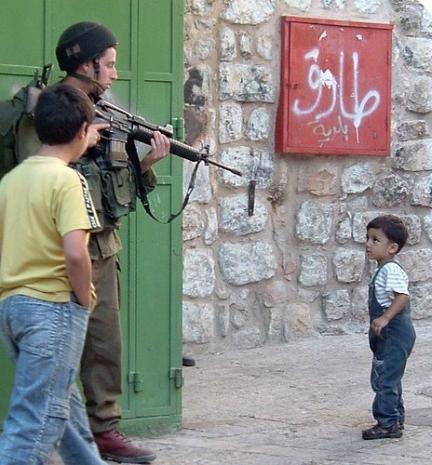 Amid the uproar over White House reporter Helen Thomas’ remarks that the Israelis should “get the hell out of there” and return to the nations is a much obfuscated fact: In her salty way, she is only repeating how God feels about Israel’s biblically unlawful return to Palestine over the past 110 years.

The Old Testament emphasizes in dozens of the clearest passages that never will God allow an unjust rebellious nation of Jews to occupy His Holy Land [see footnote].

Instead, God made it clear that only a believing remnant, trusting God and exemplifying righteousness, justice, and mercy (including to the “strangers in the land”), would have sanction to enter and occupy. This happened only two times in Old Testament history: under Joshua and, later, Ezra and Nehemiah, bringing back an obedient remnant from Babylonian captivity.

On the other hand, God repeatedly warns that if the Jews do occupy Palestine and yet turn from obedience He will scatter them to the nations. They cannot return until they embody the same righteousness as they did under Joshua and Ezra.

This is kindergarten Biblical ethics. The Christian and secular media would discover this very quickly if they would stop throwing dust in the air over Helen Thomas and actually read God’s requirements, listed in passages at the end of this article.

Scripture is also emphatic that at the second coming of Christ a beleaguered Jewish remnant, survivors of the collapse of the present counterfeit, anti-Christ state of Israel, will trust in their rejected Messiah, Jesus. At that time, and only after such repentance, will Christ authorize their return to occupy the land under Christ’s benevolent rulership for 1,000 years.

Who then owns the land and has rights of occupation today? Righteous Jews who honor Israel’s true Messiah, Jesus, will always own the land of Israel and have rights of occupation. But, until national Jewish obedience occurs again, God made two things very clear after exile of the Jews to Babylon in the sixth century B.C.

* Jews must dwell among the nations, seeking the peace and prosperity of their neighbors (Jer. 29:4).
* Surrounding Gentiles would have the right to temporarily dwell in and cultivate the land. Since they were not recipients of such transcendent truth and light as Israel, God will not hold them to the same high moral standard. But, if they became overtly wicked, He would also expel them.

God says His holy land has always been sanctified for His glory, “vomiting out” the ancient Canaanites, the Jews, and anyone else who profanes it (Lev. 18:25). God gave the Samaritans in Jeremiah’s time temporary rights to occupy in lieu of Jewish obedience. That sanction continues with the Palestinians or any other Gentiles who do not overtly defile God’s law.

But God says emphatically that such endorsement can never be granted to a nation of Christ-rejecting, Pharisee-venerating, left-wing Jews such as flooded into Palestine over a century ago.

Why such strife in Palestine since Jewry returned? It’s because very great discord erupts when God’s law is flaunted. If you touch two battery cables together, a shower of sparks explodes. The laws of nature are violated. A proliferation of persistent, unparalleled strife has accompanied Jewry’s lawless return to Palestine. The law of God has been desecrated.

Israel ’s defiance of God’s law, including violent expulsion of 800,000 Palestinians from their God-endorsed tenancy in the land to languish in concentration camps in Lebanon, the West Bank, and Gaza, is spiritual wickedness of the first magnitude. And the evangelical church over the past century has become a partaker of that iniquity and delusion by bidding Godspeed to it.

But, you may ask: Wasn’t Jewish return necessary in order to provide safe haven for persecuted world Jewry? Hasn’t Israel vindicated itself by providing such refuge?

Prime Minister Netanyahu answered that recently. He said there is no place on earth as dangerous for Jews as Israel.

The Bible says the same: “There is no peace for the wicked.”

4 Comments in Response to Thomas’ Remarks are Biblically Sound

Holy books aside, history awards Jerusalem and environs to the Jews not Arabs. See why by scoping Jerusalem's history with the Historyscoper at http://historyscoper.com/tlwjerusalem.html

You die anyway, Mike. We all die from this life.

Mark 16:16
Whoever believes and is baptized will be saved, but whoever does not believe will be condemned.

Romans 9:6
It is not as though God's word had failed. For not all who are descended from Israel are Israel.

Galatians 5:1
It is for freedom that Christ has set us free. Stand firm, then, and do not let yourselves be burdened again by a yoke of slavery.

Philippians 3:2-4
2Watch out for those dogs, those men who do evil, those mutilators of the flesh. 3For it is we who are the circumcision, we who worship by the Spirit of God, who glory in Christ Jesus, and who put no confidence in the flesh— 4though I myself have reasons for such confidence.

Philippians 3:17-21
17Join with others in following my example, brothers, and take note of those who live according to the pattern we gave you. 18For, as I have often told you before and now say again even with tears, many live as enemies of the cross of Christ. 19Their destiny is destruction, their god is their stomach, and their glory is in their shame. Their mind is on earthly things. 20But our citizenship is in heaven. And we eagerly await a Savior from there, the Lord Jesus Christ, 21who, by the power that enables him to bring everything under his control, will transform our lowly bodies so that they will be like his glorious body.

Thanks to Donna for posting this since it shows how much bullshit eminantes from this evil book.

It should be pointed out that, in 2 Kings 10:18-27, the god of Abraham orders the murder of all the worshipers of a different god in their very own church.