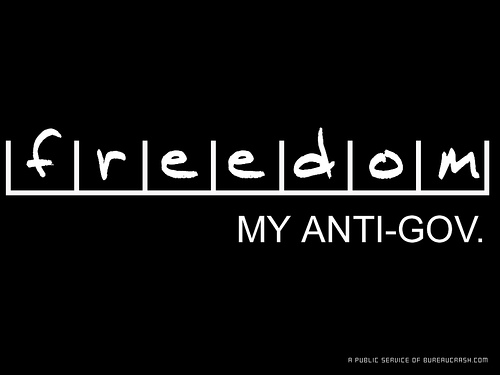 The rise of an often militant right-wing populist movement – the tea partiers, the Ron Paulistas, the tenth amendment restorationists and the regionalists – has the powers-that-be in a tizzy. On the "progressive" left, we have Rachel Maddow sounding the alarm about hordes of armed militia types supposedly marching on Washington, in a populist version of Seven Days in May. The "brown scare" now energizing those who call themselves progressives is no longer limited to the familiar precincts of MSNBC and the Obamaite/limousine liberal wing of the blogosphere: now we have Bill Clinton giving voice to the Bizarro World McCarthyism that inspires the "left."

McCarthyism was the offspring of Senator Joseph "Tail-Gunner Joe" McCarthy, who carried out a campaign – some would say a witch-hunt – against employees of the US government he accused of being Communists or fellow travelers – that is, people who believed the government should run everything. Not just the insurance industry, and the auto industry, and the banking field – everything. While less than judicious in his accusations, by accusing a whole lot of people, McCarthy was often right, as the Venona revelations and other surprises from the KGB archives later proved.

I have long been of the opinion that the 9/11 attacks impacted with such physical and psychological force that they caused a rift in the space-time continuum, and the Bizarro-McCarthyism that has maddened the progressive left provides yet more validation of this theory. In Bizarro World, where up is down and right is left, we have witch-hunts against those suspected of harboring "anti-government" sympathies: that is, they are in favor of freedom – an obviously subversive concept, which must be ruthlessly exposed and suppressed.

A similar reaction is taking place, to a lesser extent, on the establishment (i.e. neoconservative) right. David Frum, the Bush speechwriter and co-author of the "axis of evil" catchphrase, has become the liberal establishment’s favorite interview subject because he now spends all his time attacking "right-wing extremism," most especially the explicitly libertarian elements of the tea party movement. He has set up his own movement, which might be called the "Scoop Jackson Republicans," and a Web site where one can go for regular denunciations of the tea partiers and pleas for Republicans to moderate their message – except when it comes to foreign policy, naturally enough. In that realm, it’s the same old Republican invade-the- world globaloney: Iraq was a "victory," Afghanistan is a necessity, and Israel must be defended and succored no matter the damage to demonstrable American interests.