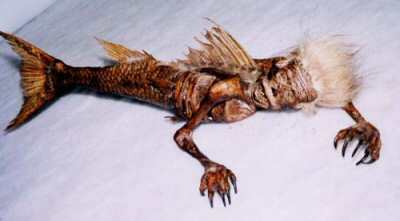 "On the very day Toyota was making a high-profile defense of its cars, one of them was speeding out of control," said CBS News--and a vast number of other media outlets worldwide. The driver of a 2008 Toyota Prius, James Sikes, called 911 to say his accelerator was stuck, he was zooming faster than 90 miles per hour and absolutely couldn't slow down.

It got far more dramatic, though. The California Highway Patrol responded and "To get the runaway car to stop, they actually had to put their patrol car in front of the Prius and step on the brakes." During over 20 harrowing minutes, according to NBC's report, Sikes "did everything he could to try to slow down that Prius." Others said, "Radio traffic indicated the driver was unable to turn off the engine or shift the car into neutral."

In fact, almost none of this was true. Virtually every aspect of Sikes's story as told to reporters makes no sense. His claim that he'd tried to yank up the accelerator could be falsified, with his help, in half a minute. And now we even have an explanation for why he'd pull such a stunt, beyond the all-American desire to have 15 minutes of fame (recall the "Balloon Boy Hoax" from October) and the aching need to be perceived as a victim.

The lack of skepticism from the beginning was stunning. I combed through haystacks of articles without producing such needles as the words "alleges" or "claims." When Sikes said he brought his car to a Toyota ( TM - news - people ) dealer two weeks earlier, recall notice in hand, and they just turned him away, the media bought that, too. In Sikes We Trust. Then the pundits deluged us with a tsunami of an anti-Toyota sanctimony.

Well, the patrol car didn't slow down the Prius; the bumpers never touched. The officers used a loudspeaker to tell Sikes to use the brakes and emergency brake together. He did; the car slowed to about 55 mph. Sikes turned off the engine and coasted to a halt. He stopped the car on his own.
[article continues ...]

Return of Kabuki - If We Let It