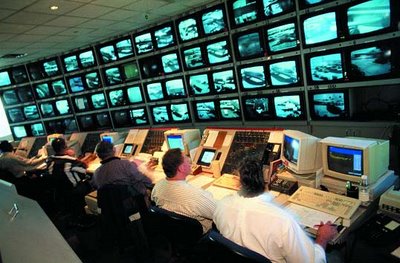 Half-baked Homeland Security is spending millions to develop sensors capable of detecting a person's level of 'malintent' as a counterterrorism tool.

This past February, the Department of Homeland Security (DHS) awarded a one-year, $2.6 million grant to the Cambridge, MA.-based Charles Stark Draper Laboratory to develop computerized sensors capable of detecting a person's level of "malintent" -- or intention to do harm. It's only the most recent of numerous contracts awarded to Draper and assorted research outfits by the U.S. government over the past few years under the auspices of a project called "Future Attribute Screening Technologies," or FAST. It's the next wave of behavior surveillance from DHS and taxpayers have paid some $20 million on it so far.

Conceived as a cutting-edge counter-terrorism tool, the FAST program will ostensibly detect subjects' bad intentions by monitoring their physiological characteristics, particularly those associated with fear and anxiety. It's part of a broader "initiative to develop innovative, non-invasive technologies to screen people at security checkpoints," according to DHS.

The "non-invasive" claim might be a bit of a stretch. A DHS report issued last December outlined some of the possible technological features of FAST, which include "a remote cardiovascular and respiratory sensor" to measure "heart rate, heart rate variability, respiration rate, and respiratory sinus arrhythmia," a "remote eye tracker" that "uses a camera and processing software to track the position and gaze of the eyes (and, in some instances, the entire head)," "thermal cameras that provide detailed information on the changes in the thermal properties of the skin in the face," and "a high resolution video that allows for highly detailed images of the face and body … and an audio system for analyzing human voice for pitch change."

Why Ian Freeman's Bitcoin case is behind the 8-ball

Can you say targeted?

Can you say targeted?