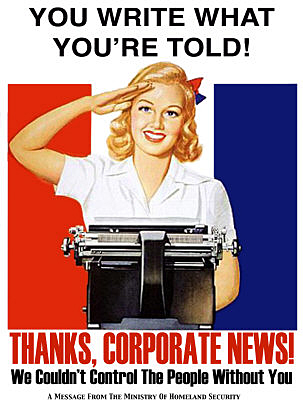 Further reinforcing this conclusion, when the Obama regime took power, they retained more personnel from the Bush regime than any other U.S. government in recent memory – despite the massive unpopularity of the Bush government, and the woeful incompetence of virtually all branches of that government. Despite his mantra of “change, change, change”, virtuallyall of the “changes” promised by Obama have been watered-down, or scrapped completely.

The only significant policy currently being pursued by his government which would not have occurred under a Republican government is the much-hyped Obama health-care “reform”. Even if some legislation eventually makes it through Congress, the convoluted mixture of private insurance and government-sponsored coverage is hardly the “socialist” system decried by Republican fear-mongers. Instead it is a watered-down bureaucratic morass, whose only redeeming quality is that it will reduce the number of U.S. residents without medical coverage.

Apart from that, there have been no significant policy changes of any kind from this “new” government. It is only a matter of time until Americans open their eyes, and begin to embrace the immortal words of The Who's Pete Townsend, in their song Won't Get Fooled Again:

Meet the new Boss, same as the old Boss.

Thus, the U.S. propaganda-machine (i.e. the “free press”) has now been co-opted as an integral branch of this totalitarian government, and no aspect of news-control is as important as disinformation on unemployment. The generally apathetic masses will absorb a great deal of suffering, with high unemployment being one of the few exceptions. Therefore, with the U.S. entering a new era of high unemployment (i.e. the Greater Depression), the propaganda-machine has been assigned several functions.

“Phase One” (in conjunction with the Bureau of Labor Statistics) has been to grossly understate the severity of job-losses.