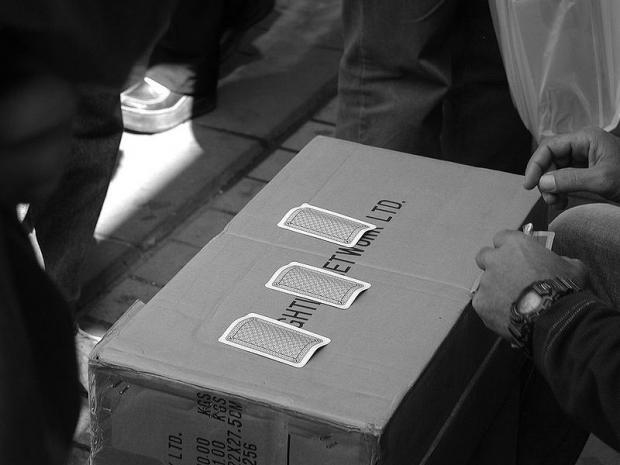 [Fraud]’s built into the very foundation of democratic politics. The notion that one individual, elected by majority vote, can in any way be said to “represent” the entirety of a constituency based on mere geography is absurd on its face.

1 Comments in Response to Election Fraud? Elections Are a Fraud!

Originally in America, election was not a fraud. It was a method for keeping peace between mostly friendly neighbors when a dispute arose that could not be settled easily. The fraud, if that's what it really is, came about by the people not realizing what elections and Government were really for in America.

The things that changed this were accomplished through moving the people to ever increasingly request benefits from their governments, both State and Federal. Shrewd governing officials played on the emotions, ignorance and greed of the people to get them to ask for "things" from Government. The catch was, of course, that Government wanted payment in return, in the form of taxes, and implicit obedience.

Would the peole have remained free if they had understood how the wool was being pulled over their eyes? Who knows? There seem to be a lot of people out there who see danger coming and step right into it anyway.

In Revolutionary War times - the late 1700s - most of the people were undecided about actively involving themselves in the war against Britain. Sure, they didn't like what King George was doing to them, yet they couldn't make up their minds about fighting him or not. It was only after they almost didn't have any choice that they finally jumped into the War with both feet, so to speak.

Are we any different? Not much - and maybe we are worse. We don't want to get out of Social Security because we might need it someday. We don't like war, but we won't force our leaders to get us out of Iraq and Afganistan, and all the rest of the countries they are going to drag us to war with in the future. We let "them" indoctrinate our children in their Government schools.

If there is any fraud in elections, we the people are behind encouraging it to happen.

What can you do? Here's what. Start small. Get elected into local government office, and make right changes, changes that give us all our freedom back. Law repeal changes.

If there are so many of us out there vieing for local government office that few of us can get elected, then we will have won simply by the platform messages that we send.

Gavin Newsom Will Win… Seriously… They Have The Fake Votes Ready...

MUST SEE: Damning Video Explaining How, Why And Who Stole Election

MUST SEE: Damning Video Explaining How, Why And Who Stole Election

CNN reporter tears into My Pillow millionaire Mike Lindell for his claim 2020 election was stolen...