Hour 1 - The LOVE Bus is back in Arizona until early next year (2021). Ernest Hancock and Bob Anderson (a local activist and already living in a state of preparedness) do the show from Tonopah, AZ to go over the current news, upcoming activist, how to prep for what's coming

Hour 3 - Al Saleh (programmer, blogger) on his quest to build the decentralized web (http://www.gradientserver.com/). Also, some tips for IPFS (Indexing) 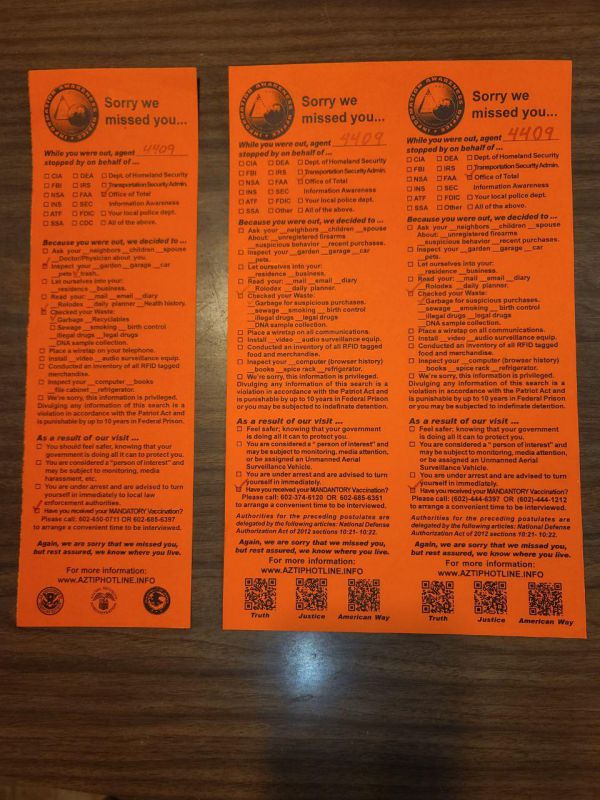 A flier from the "Office of Information Awareness" is being taped to trash cans in Tempe, and it has some neighbors worried.

"(The flier) says 'Sorry we missed you,' and it's from the Office of Total Information Awareness," said Carmen Febus, whose 88-year-old father first spotted the official-looking orange flier.

"Then it said (the 'agent' who posted the flier) checked my waste for suspicious purposes," she continued.

Febus said she wanted to simply throw away the flier, but her father was worried.

"He basically told me 'You're going to jail,'" said Febus.

So Febus called Tempe police, who told her it was likely just a solicitation. CBS 5 News checked out the website listed on the flier. Posted on the website are instructions on how to download and mass produce the flier. The site says the flier can be used as an activist tool. Calls and emails to the website operator were not returned.

"I think it's a scare tactic, and I don't think that's appropriate because we have enough stress in our lives. We don't need more stress onto our lives," said Febus.

A spokesperson from the city of Tempe suggested residents that find the flier on their trash cans call the city at 480-350-4311. If you spot someone taping a flier on the trash can, which goes against city code, contact the non-emergency number for Tempe police at 480-350-8311.

The Fliers were actually created by Ernie Hancock. You can read his response from the link below

Unintended Consequences can be purchased here:

2. Available from Amazon by clicking here

We have one of the original books on the LOVE Bus 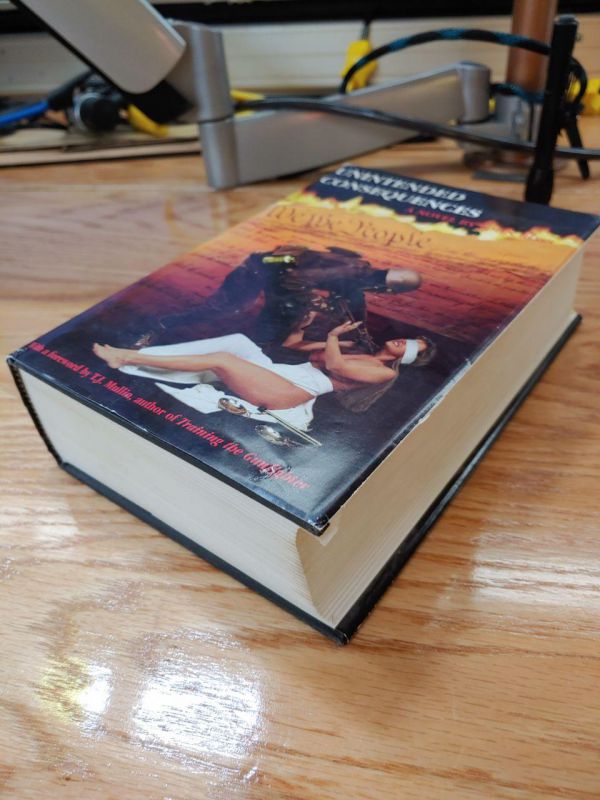 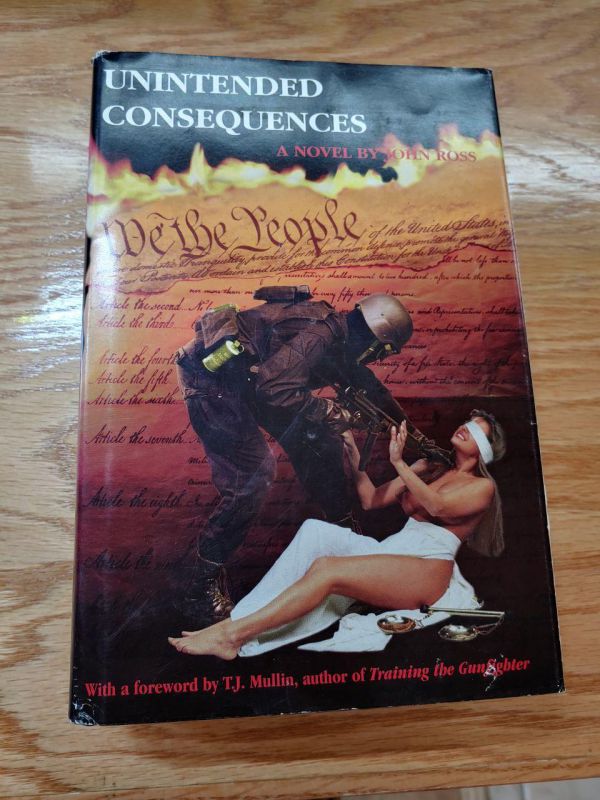 Hour 3 - Al Saleh (programmer, blogger) on his quest to build the decentralized web (http://www.gradientserver.com/). Also, some tips for IPFS (Indexing)

I design and build software solution every day and I have been doing that for more than 20 years. I am also a blogger, started in 1999, a few months after the term blog was coined. I published 4 programming books, the last in 2003. My current passion is helping build the decentralized web.

My blog is www.alayham.com (in Arabic) and my latest project is www.gradientserver.com