Hour 3 - Dr. Phranq Tamburri (NMD and local activist) will be in studio to give The Trump Report - TrumpReport@Yahoo.com to contact Phranq

President and Executive Director of Compact for America

Nick Dranias is President and Executive Director of Compact for America Educational Foundation, Inc. which is a 501(c)(3) charity that focuses on educating citizens and statesmen about the power of interstate compacts to achieve constitutional amendments and other reforms. He also serves as a Board Member of Compact for America, Inc., a 501(c)(4), and as a Civil Liberties Advisory Council member for Our America Initiative, also a 501(c)(4). He previously served as General Counsel and Constitutional Policy Director for the Goldwater Institute. Dranias led the Goldwater Institute's successful challenge to Arizona's system of government campaign financing to the U.S. Supreme Court. He remains "of Counsel" for the Institute in representing the City of Tombstone in a fight to protect its 130 year old municipal water supply from U.S. Forest Service overreach. Dranias also serves as a constitutional scholar, authoring scholarly articles dealing with a wide spectrum of issues in constitutional and regulatory policy. His articles have been published by leading law reviews, bar journals and think tanks across the country. Dranias' latest works are In Defense of Private Civic Engagement (forthcoming), Introducing "Article V 2.0:" The Compact for a Balanced Budget (Heartland Institute/Federalist Society); Recognizing Pension Fund Insolvency: A Catalyst for Reform (Goldwater Institute with Dr. Byron Schlomach) and Moving Forward: A Roadmap for Choice and Competition (Goldwater Institute with Drs. Andrew Kleit and Byron Schlomach).

Trent Somes (18) is an upcoming senior at Penn -Trafford High school. As a 17 year old, Somes started His local Libertarian Party affiliate, Westmoreland County Libertarians. Somes was the Pennsylvania coordinator for Austin Petersen. Somes is also the National Chairman of the Libertarian Youth Caucus. Just recently at the Libertarian National convention, Somes was elected to the Libertarian National Committee as an alternate, becoming the youngest in history to be on the LNC. In his free time, Somes enjoys hanging out with freinds, family and his girlfriend. Somes plays the mandolin, is very involved in his church, and is an Eagle Scout.

Charter of the Libertarian Youth Caucus

The Libertarian Youth Caucus (LYC) is to be a caucus of the Libertarian Party (LP). The goal of the LYC is to provide resources to candidates, the party, and people within the liberty movement, youth and adult alike, that are dedicated to spreading Libertarianism to youth.

The LYC shall also serve as a lobbying organization, in order to push the Libertarian Party to gear their message towards youth, and create expertise in social media, and modern outreach techniques.

What Our Mission Is:

"Promoting the restructuring of the party and its policy to promote outreach and membership of younger voters within the Libertarian Party."

The Libertarian Party should adopt a more active approach towards youth outreach through media, voter registration drives, and other effective methods.

The first step to getting youth into the party is reaching out to them. Youth have to be sought out intentionally. The LYC supports any effort by the Libertarian Party to sponsor media geared towards youth. The LYC also supports LP - Sponsored Voter Registration drives, voter information campaigns, and school outreach. The LYC supports efforts to purposefully reach out to high schools and colleges through the establishment of clubs and student organizations.

The LYC recognizes the need for fiscal responsibility, and actively supports smart budgeting by the Libertarian National Committee (LNC), however, we also see a need for the inclusion of professional media as means of attracting new members to the party. The LYC especially sees a need for professional video and social media pages, and suggests providing professional software and training to volunteers within the party. The LYC believes that state and local affiliates should have access to personal graphics, and should be more actively supported by the LNC in their outreach and campaigns.

The Libertarian Party should identify and recognize issues that are important to younger voters.

The Libertarian Party should provide a discounted rate of membership, including life membership, for students.

In order to increase membership and gain volunteers, the LP should promote youth membership by providing a discounted rate for students.

The Libertarian Party should develop scholarships for Libertarian students and partnerships with liberty - minded universities.

The LYC shall be governed by a Board of Directors. The Board of Directors shall be elected by a general consensus of all active members, annually. The BoD shall not exceed 15 members, but shall not be under 4.  There shall never be more Supporters on the BoD than Members. The BoD shall appoint other officers, as they see fit. Amendments to this charter can be made by a 3/4 vote by the BoD.

A Member shall be defined as any person who is a dues- paying participant between the ages of 10 - 26, who shall also be a member of the Libertarian Party, and shall be a citizen of the United States.

A Supporter shall be defined as any person who is a dues-paying participant, or a person deemed by the BoD to be worthy of honorary membership, who is 27 or older.

The Current Technological Revolution, That The Government Is Suppressing

In this video Luke Rudkowski interviews long time activist and intrepid freedom fighter Ernie Hancock of Freedom Phoenix about developing technological advancements that will change the way we live our lives. Ernie explains his scientific experiments with batteries and how difficult it is to have innovation today because of government patient's, regulations and laws.

Hour 3 - Dr. Phranq Tamburri (NMD and local activist) will be in studio to give The Trump Report - TrumpReport@Yahoo.com to contact Phranq

Pictures from Phranq's filing for U.S. Senate as a Libertarian... 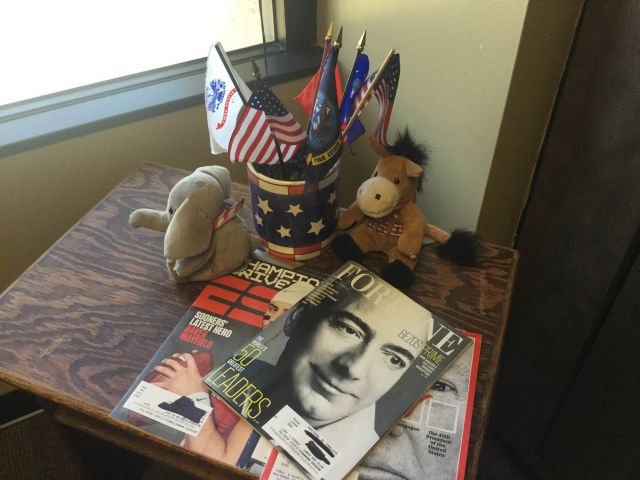 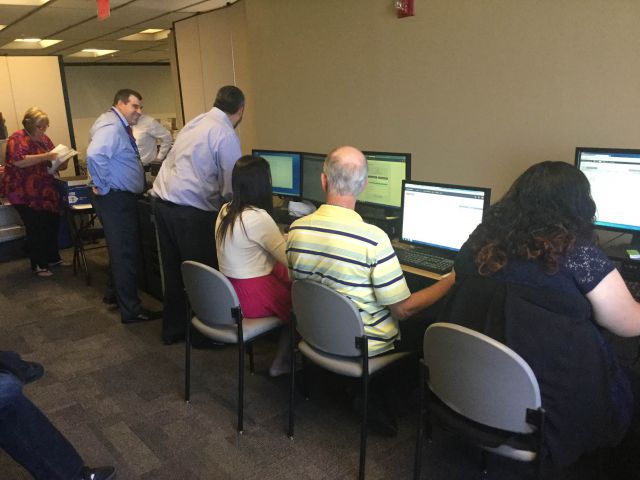 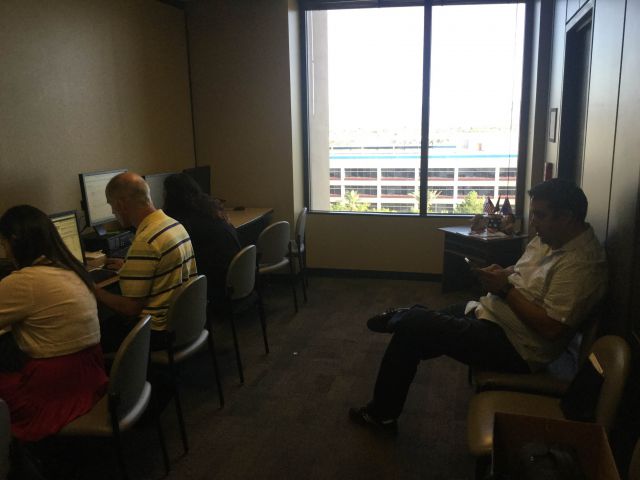 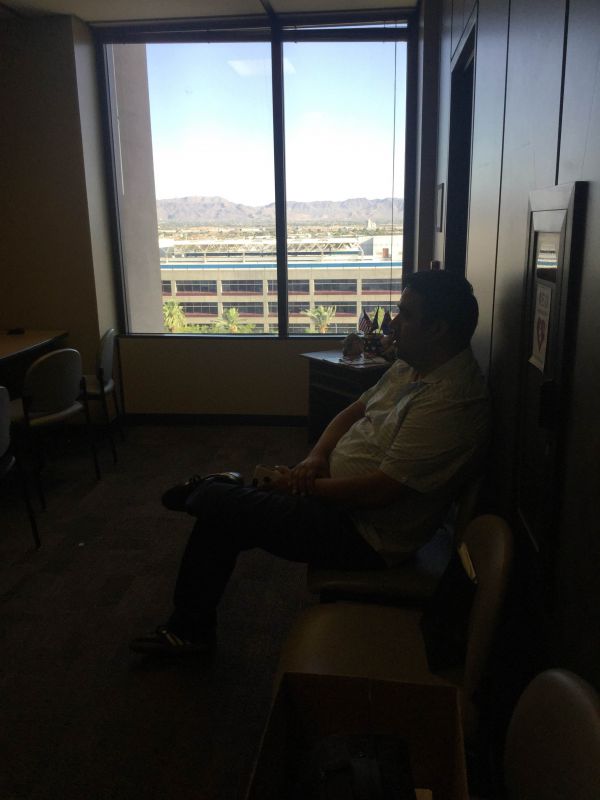