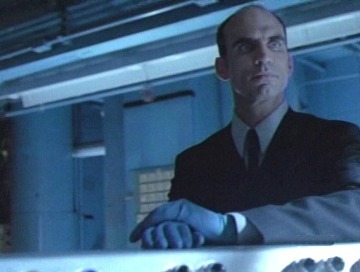 Oh, how times have changed!  The federal government, a creation of the signers of the US Constitution, was designed to be limited in power and scope.  This design left independence to the states and the people.  Sadly and horrifically anti constitutionalists have trampled the law of the land and put special interests and personal egos above the interests of America and the people.  The feds have grown too big for their britches.  Their hats have become too small for their ego swollen heads.

Welcome to the new America, welcome to the Empire.  Without meaningful and enforced Constitutional constraints the feds are increasing operating without limit or bounds. Their growth has been promoted by internationalist/globalist groups and by the propaganda pushing major media.

Their views have proved accurate.  The following succession of Presidents disregarded these warnings and instead chose to promote creeping new agendas regarding money, banking, international trade, and regional and global influence.  The military industrial complex’s rational for existence was to fight the cold war.  At the cold wars end the military industrial complex created a new threat- the terror state and the terrorist.  The complex is now more accurately described as the military security industrial and technology complex.  Or, the Bush/Obama complex.

This leads us to the present. Airport Security and Terrorists.

Our new foe much like Yeti and the Abominable Snowman is fearsome, in short supply and hard to identify.  Is he real, a fake or a set up patsy?  Furthermore, how come the Bush/Obama complex’s terrorist fears and theories do not include open porous borders, taxis, limos, buses, trains, and ferries?  Perhaps the reason is that the threat is more government fantasy and contrivement than reality.

Some feel that TSA bureaucrats know and see all. And, quite frankly TSA heads concur.  To them all air travelers are suspected terrorists and the enemy.  They say travel is a “privilege” and offer us “so called” security while making outrageous demands upon all air travelers.  On the contrary, travel is not a privilege and their so called security is really a theft and an assault and battery upon America and Americans.

It is about time we support those who support our 4th Amendment Rights stating that citizens are to be secure against government searches and seizures.  It is about time that laws concerning assault and battery and molestation/child abuse be applied to guilty parties within and working for our government. It is about time the Bush/Obama complex be seen for what it is and what it does.

US Representative Connie Mack’s recent editorial opinion is this.  He thinks we need to review the TSA’s policies and budget.  When?  Who knows?  Perhaps he will call for another “commission” to explore the issue.  While he feigns support for liberty he only sees better management as the issue.

US Representative Ron Paul does not support the foreign policy of empire and did not support the TSA formation and does not support its 7 billion budget.  He is appalled at the TSA’s actions which physically and emotionally abuse air travelers.  Paul has introduced HR 6416 titled The American Traveler Dignity Act.  Simply stated this act states that screeners are not immune from any US law regarding physical contact, making of imaging, physical harm and emotional humiliation.  This is a small step in the right direction and deserves support.

Of course, we would not have this problem if our elected representatives and the president honored the Constitution of this country, respected our borders and the borders of other countries.  What gives the big headed politicians in this country the authority to trample on our inalienable rights and to grossly interfere with the affairs of foreign countries?  Nothing.  Theft of our natural rights, contrived reasons for war, war without merit and subsequent nation building efforts are producing a long list of dangerous and costly results.

1 Comments in Response to TSA is Bigger Threat

An Empire is about wars and more wars to make a certain segment of the population rich beyond belief.  What we are experiencing is just that.  Ask the Romans how it all pans out.  They were the masters of the game too, once upon a time.