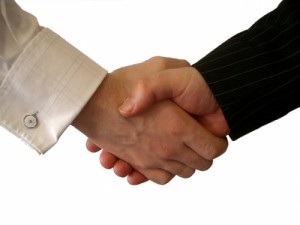 This submission has been revised, to make my explanation of Frosty's population war easily digestible and more understandably plausible.

Frosty’s latest recycled article is here http://www.freedomsphoenix.com/Discussion-Page.htm?EdNo=001&Info=077616&View=Hide – PART 5: WHAT CONSTITUTES OVERPOPULATION IN AMERICA? TWO MAJOR IDENTIFIERS -- where in his comment he lied again.

But let me first state this recap before I suggest a solution to break this impasse.

The problem with this guy is that even when he is lying, he doesn't even appear smart enough. Now that he is bared to his skin – exposed that he was the one who started the spate of name-calling when he went berserk because we disagreed with his fantasy of population overload that in his mind would end the world – he is now saying that "nobody called anyone names"[!?*!??#] See Comment by: Frosty Wooldridge (#01043).  Entered on: 2010-10-26 15:49:52 – Freedom Forum section of this website.

Let’s be honest. Rewind the Freedom Forum page and see how he lied when he frostytuted his name-calling tantrum across the board in the previous editions of FP.com.

In so far as my differences with Frosty are concerned [others he offended for his lack of civility may speak for themselves], he now forgets that he first called Bakadude "backward", "innumerate", "ignorant" and a host of other offensive personal "compliments". "Complimenting" someone with those derogatory terms is not only unkind but also very offensive and injurious to one’s reputation.

I don’t resent the fact that he called me "backward", "innumerate" and "ignorant" but I vehemently disapproved his irresponsible lying to the public when he stated this falsehood about me to mislead our readers to look down at me with contempt as an ignoramus. The uncomfortable result is, he created a downpour of criticisms raining on himself as a retaliatory defensive reaction of critics like myself. First of all, he should know that it is not true that Bakadude is what he maliciously portrayed him to be … Bakadude has a higher education than he has or even higher than he could ever achieve in a lifetime, a multi-disciplinary degree holder in graduate studies, and to call his knowledge "backward" especially in his own area of academic specialization is a damn lie. Now he lies that "nobody called anyone names"[#*!!?]. Think about this disconnection from reality. If he is not lying, then he is not aware of what he is doing – and that’s why I have every reason to state in my comments based on record that this guy is not in touch with reality! I am not inventing it or telling him spitefully that he is in cloud nine … he is showing it himself for everyone to see. This example more than meets they eye.

That the world could end any day is not the point of my disagreement. For more than 50 years I have written and published more editorials about the end of the world read by millions more than whatever and how much he has written in his lifetime… my editorial focus on this is that if we get reckless, let alone foolish as a powerful nuclear-armed nation on the planet to nuke our way to kingdom come, then goodbye, see you up there or down there. But I have never been known as a mediocre, prosaic or pedestrian scholar who would write a book about this invented fear of humankind’s final reckoning or delusional horror of doomsday … that the world would end due to population overload …!!! For lack of better terms, any literary adventure to that end is pure hallucination … the preoccupation of somnambulists that walk in their sleep when they write. Most intentions behind it are aimed to grab attention for some reasons one way or another, but to me that is just synonymous to delusion of grandeur.

Anyone can write their goat out with a certain standard of excellence against the suffering of the American people and the bad quality of life they live as a result of poor political and economic decisions of our national leadership if such are the grounds for ventilating their grievances. I too am involved in that crusade -- faulting those who run our government like it’s their personal turf of dictatorial power -- as a preamble to my libertarian belief on personal freedom and individual liberty in the pursuit of peace and happiness.

And finally – and this is most important -- I will redefine to you Frosty the crux of our disagreement because it is obvious to me that you are not aware of it: Stop digging on your prejudice that I don’t understand what exponential equation means. You are barking at the wrong tree because in the academe, that’s my baby. I have always agreed with you that population increases exponentially [it is foolish for anyone to deny that] and I am with your concern that the repercussions of this quantum leap are horrifying to contemplate. I do not support Obama’s error of judgment in not policing our border by heart and oppose to his dream to change America’s Capitalism to Socialism. We have no quarrel on all these and similar issues.

However, I am not here like you who want to save the world, but I would be happy if I could save anyone like you, and you have to listen to me: There is a check and balance to this leapfrog-population-swell phenomenon. Let me explain this to you in a layman’s language – there is a discovered "hole" in the bottle just big enough to see to it that if you keep putting more droplets of water into the half-filled bottle at a certain exponential increase rate times the given constant rate of time, the water level will rise at Time X but neither will it fill up the bottle and spill over nor break or shatter the bottle.

In the higher economic measurement of changes or growth differentials where econometric equation is applied in many studies of the social, political and economic impact of population expansion, the learned knew a lot more about this phenomenon and they have long dismissed this unfounded fear of population overload that would end the world [that the water will spill over and shatter or break the glass as shown in this metaphysical demonstration of mathematical logic in the theory of exponential growth].

Back in the earlier times, the focus of measurement was merely on the incremental or exponential increase of population trapped inside the confine of a given bottle [the "finite world"] until the "hole" was discovered [Mother Nature’s balancing effect on population growth; the scourge of the human race in eliminating each other and diminishing their number on earth; diseases, famine, scientific discoveries, inventions and advance technologies of a rapidly advancing civilization that busted this myth that we live in a world with limited space and scarce resources. Earth is even barely discovered or explored for humans to know what lies beneath the ocean and deep down the ocean floor, the limitless space above us and what is under the ground we are standing on.

This is what I have been telling you all along, but you cannot see it. I can see it and you can’t, because in the academe of higher learning, you were not there where I have been for many years. This may sound like bullshit to you but this is the only way that I hope I can persuade you to understand that you do not need to start a personal attack by telling a lie about who I am, because in my case [I don’t know about others you have also offended], I have nothing personal against you.

If you apologize for this personal transgression [maybe you didn’t mean it but it is there], I propose a truce and let’s call it quits and move on. Let’s use this space for other important discussions and more productive debates. Otherwise to protect myself first of all, and to safeguard the interest of the general public that we here at FP.com has a duty to do and do it right, you put a tail on yourself – me and my kind.

SCOTLAND COULD BECOME THE WORLD'S FIRST 'REWILDING NATION'. HOW DID THEY GET HERE?