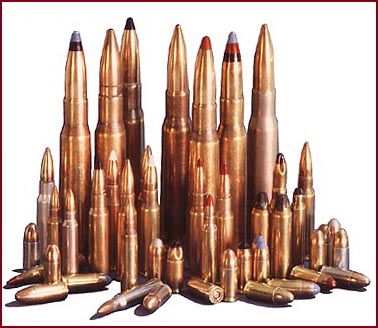 I have been trying to get reloading supplies for over a year and still cannot get anything.  I cannot find anything on the shelf anywhere but oddball cartridges.  Now if they want to say that hunting calibers and US calibers are not caught up to demand after ramping down, that is almost plausible for a few months not for over a year.  When it is types internationally mass-produced and stockpiled, it is ludicrous to state the supply cannot keep up with demand.  None of the explanations make any sense in a macro economy unless some new regulation or effort has gone into effect restricting importation.  None of the explanations are nearly sufficient to explain why I cannot procure any 9mm or 308 for over 9 months.  This is widely internationally produced in dozens of countries.  They would be shipping it here from everywhere in the world within weeks if there was a surge in demand and price in the USA.  None of the explanations are nearly sufficient to account for the near total lack of availability of such international standards.  With prices surging they would be emptying warehouses across the world unless there is something artificially constricting or blocking the law of supply and demand.

I find your explanations grossly insufficient to account for lack of world standard calibers when demand has pushed up prices for such and extened period.  Is there something I am missing?

Great Observation!
A friend and I are going to the Crossroads of the West Gun Show today (very large gun show) to research this very topic. We'll let you know what we find out.
Peace,
Ernie
====================================
Prices are coming down by as much as a 3rd and at the end of the last day of the Gun Show there was still all the Primers and Bullets available that I have been looking for over the past 7+ months.
The vendors said that the crowds were much smaller but that a much higher percentage was there to buy so it evened out.
The Silver and Gold vendors reported one of their best days and were out all of the bullion.
One ammunition vendor where I bought a good supply of small bore rifle primers said that there never was a shortage of primers... it wass just that they were all going to the military ????? "If I can't buy them... then that's a shortage" Duh!
What I think is going to happen now is that the next gun show will have many people that bought all of those high priced firearms, and their goodies, will be out of a job and at the gun show trying to sell them for what they bought them for. They may be very disappointed.

Those that got what they needed before the Election in November and then bought as much Silver as they could at $9.25 will be selling a bit and buying up discounted firearms and supplies... bastards :)
So I guess if you just keep buying Guns, Gold (& Silver), Food and Survival Gear, it'll all balance out better in the long run than Stocks and Bonds. Those that try to anticipate when the plug is going to get pulled are often srcewed.
Hope you all are doing well and have A SHIT LOAD OF SILVER :)
Ernie

5 Comments in Response to Supply and demand

Was at the crossroads show all weekend.  Plenty of ammo in all calibers to be had.  You name it, it was there and the prices were LOWER than what I paid 6-8 months ago.  I actually talked to a few people who said the same thing.  Prices are coming down !

This link may give insight into what I believe is being done to the US through this UN initiative. Have a read, the shortage will make alot more sense after.

I didn't make it to the last Crossroads, but reports are that there were plenty of every caliber, but the price goes up every show.

I'm leaving now to pick up Kelly, and we are heading over there.

This link may offer insight into what is actually going on. Read it and pass it on, we are being usurped.

This link may add some insight into what is going on here. I stumbled upon it through a keyword search on google.

Brazil's Bolsonaro Says Everyone Should Buy a Rifle