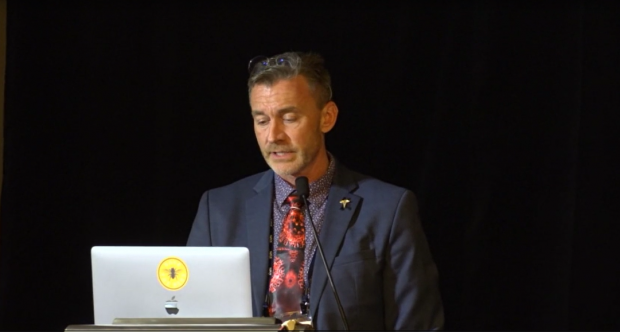 Truth-telling is hazardous to medical practitioners who refuse to compromise it by breaching Nuremberg Code and Hippocratic Oath principles.

Since 2004, he's been an independent pathologist and coordinates seminars on the practice of family and rural medicine.

He and other "independent physicians of Idaho declare that (they're dedicated) to patients and their personal care."

"Keeping (them) healthy and living independently are (their) goals."

In early 2013, Independent Doctors of Idaho (IDI) was formed as an antidote to the Pharma/hospital-controlled medical industrial complex.

As independent practitioners, they're free to diagnose and treat patients "unencumbered by potentially conflicting interests."

If most physicians were members of groups like IDI and practiced medicine by its standards, kill shots and all else flu/covid destruction of public health might never have been possible.

Millions of lives could be saved from their ravages.

Cole earlier said the following about the mother of all state-sponsored health-destroying scams:

"We lost our collective medical minds for money."

"We know that (flu/covid jabs) are not working."

Jabs and boosters are "toxic to the human body."

Among health issues they're causing exploding numbers of cancers and heart related diseases.

Among jabbed individuals, the incidence of disease is "taking off like wild fire."

Prescription drugs "may pose the single most important class of unrecognized and avoidable cancer risks for the US population."

Mass-jabbing has been a boon for medical industrial complex profiteers, especially hospitals — benefitting by supporting health destruction and misery from kill shots and all else flu/covid related.

In support of state-sponsored destruction of public health over protecting and preserving it, the  Washington Medical Commission — backing the diabolical scheme — gave Cole until January 30 to respond to false charges of breaching standards related to kill shots and all else flu/covid.

He's accused of advising patients to take known safe and effective  hydroxychloroquine and ivermectin — what cures flu/covid in a matter of days without health-destroying kill shots.

Yet according to falsely charges against him, he advised patients to use one or the other "without scientific data to support their use in the treatment of patients with" flu/covid (sic)," adding:

"We also received an allegation that Dr. Cole may have provided prescriptions to patients in the absence of a physician-patient relationship and without sufficient medical record keeping (sic)."

And claiming that patients who followed his advice "developed severe (flu/covid) and required hospitalization was a bald-faced Big Lie.

By letter to his accusers that accompanied one by his attorney, Cole said the following:

"In times of crisis, as we have experienced in the last two years, health care providers have been asked to shoulder the enormous burden of caring for patients with" flu/covid.

"I dedicated all of my time and energy to studying (the viral illness), testing for (it), and helping patients in any way possible," adding:

None of what he's done "focused at all on any financial gain."

"This has been purely Good Samaritan care for patients desperate for help that was not being offered elsewhere."

"…I provided free medical care out of a real attempt to help those in need."

Orwell reportedly once said that in times "of universal deceit, telling the truth is a revolutionary act."

US medical boards are part of the problem, not the solution.

They support public health destruction by kill shots and all else flu/covid related.

Attacks against Cole prove it, what's politicized, not based on science.

By letter to the commission, Cole's attorney called allegations against him unjustifiable.

His advice to patients and public remarks question the (pseudo)-"science behind (kill shots), (respiratory-harming) masking, as well as (expressing) genuine concerns regarding known and unknown complications from" flu/covid jabs.

Unjustifiably "disciplin(ing) him for (practicing medicine) to diagnose, treat and prevent disease will breach his constitutional rights.

No government agency is "the arbiter of truth, particularly with respect to matters of scientific opinions and genuine scientific debate."

Cole called flu/covid jabs "something for which the side effect (can) be death and/or permanent disability."

Yet by advising patients based on science, not politics, he's been viciously smeared.

Ruling regimes, groups, individuals and MSM that support the diabolical scheme are guilty of crimes against humanity.

Truth-tellers about flu/covid mass-jabbing, like Cole and many others like him, are profiles in courage deserving of high praise.

According to an Epoch Times report, Elon Musk said the following:

"I had major side effects from my second booster shot."

"Hopefully, no permanent damage, but I don't know."

The world's richest man, at least at one time, did a dumb thing by getting double-jabbed.

He indeed self-inflicted permanent harm and shortened his life span.

And he cannot reverse the damage done to his bodily organs.

The Best Exercise Move You're Not Doing