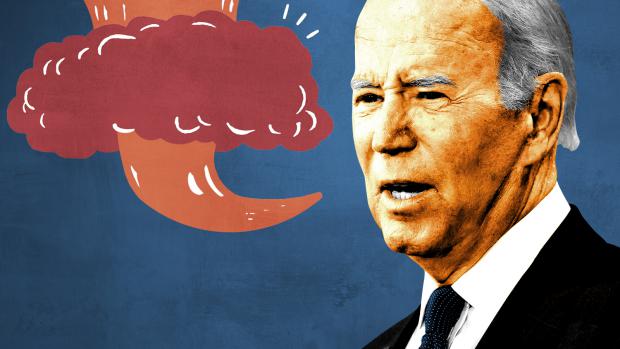 The illegitimate Biden regime, with a JB impersonator nominally in charge, is by far the most recklessly dangerous one in US history.

Ignoring the risk of nuclear war, where things are ominously heading, it's waging war on militarily superior Russia by use of cannon fodder Ukrainian troops.

Its aim is all about strategically defeating Russia.

What it cannot achieve is ongoing anyway with the worst of catastrophic outcomes increasingly possible.

Commenting on the most perilous time in world history, Russia's US envoy, Anatoly Antonov, said the following:

"The only thing we do is to constantly warn (hegemon USA) that its policy of ensuring strategic defeat for our country on the battlefield is rapidly leading the world to a catastrophic scenario."

Neither he or Russia's political or military leadership in Moscow "ever (before) spoke in such a way."

Lunatics in charge of the Biden regime's geopolitical agenda and their Western vassals "unleashed all-out hybrid war against Russia on our own territory," Antonov stressed, adding:

"At the same time, they are profiting from their NATO partners by forcing them to finance (the) military industrial complex" of the empire of lies and forever wars on invented enemies.

Yet dominant Biden regime hardliners consistently turn a blind eye and deaf ear to the notions of world peace and stability in favor of perpetual wars.

Russia virtually exhausted its efforts to make Biden regime "hotheads come to their senses and avert the nuclear armageddon."

Instead, they're lurching recklessly toward what's unthinkable.

What's going on is the onset of WW III — preemptively launched by the empire of lies and its Western vassals against Russia.

In a futile effort to try saving Ukraine from certain defeat by the Russian Federation, they've been escalating conflict by pouring more sophisticated weapons into the Nazified regime's territory to be operated by US/Western personnel because Kiev troops aren't trained to do it on their own.

In response to continued escalation by the US/West, will Russia expand its target list to include what's been off-limits so far?

Will it strike US/Western troops on the ground in Ukraine?

Will it include cross-border targets in Poland and other states, ones supporting Kiev's aggression?

It's installing state-of-the-art Pantsir-S air defense missiles to protect government and Defense Ministry buildings in Moscow — in preparation for possible US/NATO or Ukrainian strikes on the city.

If occurs, global war will take a giant leap forward.

Russia will certainly retaliate in ways it's refrained from doing up to now.

Any target on the territory of regimes involved in supporting Kiev's aggression would become fair game, even the heart of the beast in Washington and Germany where most EU troops in Europe are based.

Russia knows the reality of US/NATO war on its territory.

It knows that the empire of lies is orchestrating and directing Kiev's aggression, what's been ongoing since early 2014.

It's aware of the growing risk of full-blown conflict, including preemptive use of nukes by the empire of lies.

These are the most perilous times in world history by far because of hegemon USA rage for unchallenged control over other nations by brute force.

Mutually assured destruction (MAD) prevented use of nukes during the Cold War, a time when Russia-US relations were much more rational than now.

Dominant Biden regime hardliners changed the rule of restraint to anything goes.

Is nuclear war inevitable ahead?

Are we all doomed because recklessly dangerous lunatics run the Washington asylum?

In response to Biden regime grand theft of Russian assets, intending their transfer around $300 billion of what was stolen to Ukrainian Nazis, Russia denounced the diabolical move, saying:

"Such dangerous precedents only serve to discredit the" the empire of lies more than already.

And it'll "undermine confidence in both the American and international financial system, as well as the security of the dollar."

The nation I grew up in long ago no longer exists.

A humanity-threatening monster replaced it.

It's the wrong time to be growing up in a nation permanently at war on invented enemies, one risking unthinkable nuclear war on nonthreatening Russia — ignoring its ability to turn targets anywhere in the US to smoldering rubble in response to aggression against its territory.