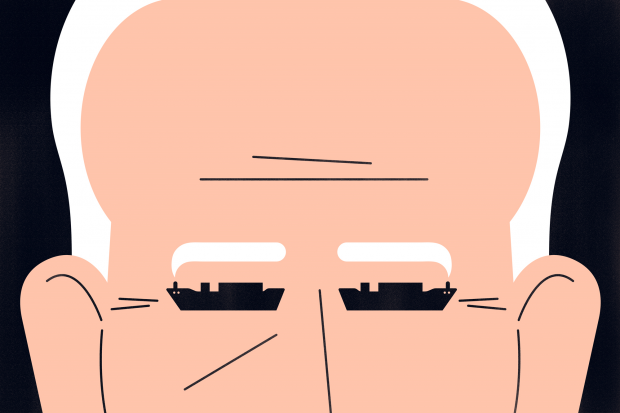 The Biden regime will introduce a Security Council resolution to condemn Russian support for the right of UN Charter-affirmed self-determination for Donbass and Kherson/Zaporozhye residents.

According to its so-called UN envoy, Thomas-Greenfield:

If Russia vetoes the unacceptable resolution, "we will then look to the UN General Assembly" for adoption — by use of its customary pressure,  intimidation, threats and bribes to try cobbling together enough votes for adoption.

According to Politico on Thursday, the Biden regime may invoke  General Assembly Uniting for Peace Resolution 377 (1950).

It this step is taken, Russia's Security Council veto can be overridden by support from a two-thirds majority of UN member states.

GA Res. 377 can be invoked by a UN member state at times when SC members fail to act as required to maintain international peace and security.

If the Biden regime takes this step, it'll reflect longstanding US double standards.

No nation is more guilty and unaccountable for preventing peace by waging perpetual wars on invented enemies by hot and/or other means than hegemon USA.

The vast majority of Donbass and Kherson/Zaporozhye residents voted democratically to join Russia.

They acted overwhelmingly because US-supported Ukrainian Nazis have been waging war them for over 8 years — to kill as many of their people as possible.

At this time, they're on the cusp of becoming Russian citizens with all rights and benefits afforded everyone in the nation.

For them, it's a monumental game-changing moment, what'll protect them more than already from the scourge of US imperial rampaging and Ukrainian Nazis.

According to Politico on Friday, the Biden regime and its Western vassals "are rushing to formulate responses" to the reality of the above regions becoming Russian republics.

On the same day, neocon Senators Lindsey Graham and Richard Blumenthal introduced legislation in flagrant breach of the UN Charter, other international and US constitutional law.

By joint press release, they denounced the universal right of self-determination for the above regions, turning the rule of law on its head by falsely declaring their accession to Russia "illegal (sic)."

They lied calling their open, free and fair referendums "one of the greatest shams since World War II (sic)."

And they turned truth on its head, saying "it reeks of Putin's desperation (sic) and violates every tenet of international law and human decency (sic)."

Their UN Charter/US Constitution-breaching legislation calls for cutting off "all military and economic assistance to any country that recognizes" the above four regions as Russian republics.

Calling their accession to Russia "a land grab…a steal (sic)" is a bald-faced Big Lie in breach of the rule of law.

The Orwellian-named "Ensuring (Nazified) Ukrainian Sovereignty Act" will be submitted to House and Senate appropriations, foreign affairs and armed services committees for approval.

House and Senate votes will follow, passage and enactment virtually certain as part of war on Russia and the rule of law by hegemon USA.

House members are expected to follow suit on Friday, the fake Biden to sign the measure into law.

Separately on Thursday, the Pentagon will reportedly establish a new Germany-based Ukraine command for waging forever war on Russia.

Biden regime war secretary Austin is expected to approve the command in the coming days.

In Hawaii on Thursday, he ignored US responsibility for sabotaging Russia's Nord Stream I and II gas pipelines to Europe — rendering them inoperable at least until spring 2023 — by the following perversion of reality remark, saying:

"Until we get further information (sic), or are able to do further analysis (sic), we won't speculate on who may have been responsible (sic)."

There's no ambiguity about whose dirty hands were all over Pentagon and/or CIA Unmanned Underwater Vehicles dispatched with powerful explosives — detonating them to blow multiple holes in the pipelines with intent to shut them down and harm the economies of Russia and Europe to benefit US enterprises at their expense.

Austin is well aware of who bears full responsibility for what happened.

His disingenuous remarks fooled no one in Russia, its Foreign Intelligence Service (SVR) director, Sergey Naryshkin, saying the following on Thursday:

Sabotaging Nord Stream I and II was an "international terrorist act" by the US-dominated West.

Russia has information that "points to the Western footprint in organizing and carrying out" what happened.

It's crystal clear who benefits and who's harmed by what happened.

It's also clear that a state of war exists against Russia and European economies by the world leading perpetrator of state-terrorism and other dirty tricks USA.