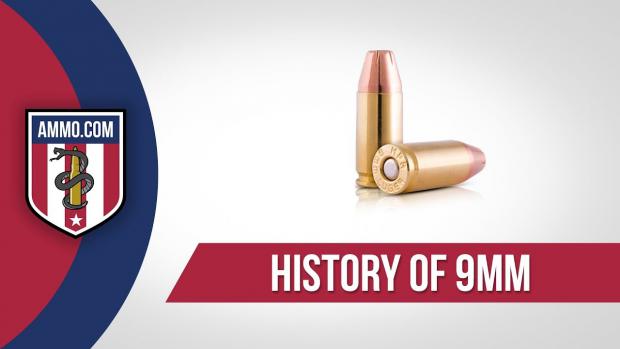 Learn the history of 9mm ammo: the most popular handgun cartridge in the world. Visit us at https://ammo.com/handgun/9mm-ammo to get the best discount 9mm ammo online.

Known as the 9mm Luger to some, the 9x19mm Parabellum cartridge is the most popular ammunition cartridge for handguns in the world – with more than 60% of the world's law enforcement agencies currently using this cartridge. The 9mm semi-automatic Luger was used as the standard issue handgun during World War II for many national militaries, and the ongoing popularity of this ammo testifies to its capabilities as a pistol cartridge.

Georg Luger developed the cartridge and began selling it for the DWM Luger semi-automatic pistol in 1902. The cartridge is compact, allowing shooters to carry quite a bit of it without the burden of excessive weight. For this reason, many civilian gun owners and police agencies have moved away from other handguns, and now favor 9mm semi-automatic handguns. Ammunition availability has followed this trend – with cartridges more plentiful and easier to find than other calibers. The FBI even switched to it before they started using the more modern 10mm cartridges.

While not the most powerful, this ammunition allows for better control and follow-up shots, which helps novice shooters who are unable to effectively deal with larger cartridges. Depending on your level of skill and experience, you may want to speak with a salesperson about the best 9mm cartridge for your needs.

Though the cartridge does not have as much stopping power as the .45 ACP, it remains a great choice for many shooters due to being lightweight and compact. Used in conflict resolution around the planet, the 9mm has also been used by hunters. Modern JHP loads serve well in hunting applications, and you can usually find them easily.

Check out today's best ammo deals by visiting us at Ammo.com.  Follow us on social media. And most importantly, be sure to subscribe to our channel right here on YouTube for more high-quality videos to help you stay armed, both physically and philosophically.

Beautiful – a store owner takes on attacking criminal, stabbing him…

How I Built My Own Off-Grid Security System

OPINION: It Is Time For Malls To Abandon 'No Firearms' Policies

One Armed Citizen Did In Two Minutes What One Hundred Cops Couldn't Do In Over An Hour:

THE SAFEST RESTAURANT IN THE USA-SHIRT, SHOES AND SIDEARM REQUIRED...

What You Need to Know About Rifle Slings

You Can't Count on the Police

Next Issue Of The Wild Bunch Dispatch: The Minute Man Loadout – What Do You Need To Fight?

Get Rid of Public Schools Now