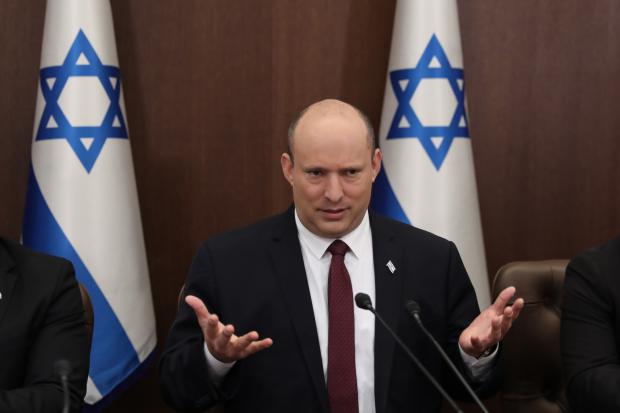 "We did our utmost to preserve (the regime). No stone was left unturned."

When formed, its coalition included 62 MKs (Knesset members) from 8 parties — until its majority was lost in April, Lapid saying on Monday:

"What happened in the past few days, what happened tonight, is further proof that the Israeli system is in need of serious change and major repairs," adding:

"What we need to do today is go back to the concept of Israeli unity."

"Not to let dark forces tear us apart from within."

Following Monday's announcement, Israelis will go to the polls for the 5th time in the past three and a half years.

On June 27, Bennett and Lapid will table a bill to formally dissolve the Knesset.

There's consensus at this time for a new election to be held on October 25.

In the interim, Lapid will become caretaker PM.

Netanyahu's possible return to power should motivate the vast majority Israelis to vote against a Likud-led coalition in October with him in charge.

Taking credit for the Bennett/Lapid's downfall, he called its regime the "worst (one) in the history of the State of Israel."

Ignored was the lowest point in Israeli history when he was empowered as PM.

Unraveling for weeks, things came to a head for Bennett and Lapid on Monday by what was announced.

According to results on an election poll released on Tuesday, a Netanyahu-led regime would win 59 of 120 Knesset seats compared to 55 for Bennett/Lapid's coalition.

It showed the following, what may and most likely will change between now and late October:

Following Monday's announced dissolution and caretaker regime, neither side has a required 61-seat majority.

It's way too early to predict how things will turn out.

There's no ambiguity about where Haaretz editors stand, saying the following on Tuesday:

"Anyone but Bibi again."

Anyone other than his "poisonous leadership."

His return to power will assure the politics of "incitement, division, mudslinging, humiliation, intimidation, lies and manipulation…"

It'll "return to assaults on the justice system, the police, the media and the opposition…"

It'll be "a return to the persecution of human rights organizations and incitement against Arab citizens and their representatives in the Knesset."

The only thing positive about the Bennett/Lapid's coalition was its exclusion of Netanyahu, Haaretz editors stressing the following:

He's "a criminal defendant, with no restraints…"

He "paralyzed and crushed every state system in an attempt to evade justice and stay in power."

"He sought to appoint his own people in every institution, prevented the passage of the national budget and imposed on the state endless election cycles."

"We were saved only by the grace of God."

Top goal above others "is to prevent Netanyahu's return to power," Haaretz editors stressed.

Is Israel Planning To Relocate To Ukraine?

The story of when Israel attacked America, and the US government sided with Tel Aviv

Unprecedented: US Air Force To Join Israelis In Mock Attack On Iran

GREAT RESET: ISRAEL CUTTING OFF DOLLAR? - THIS IS HUGE!...