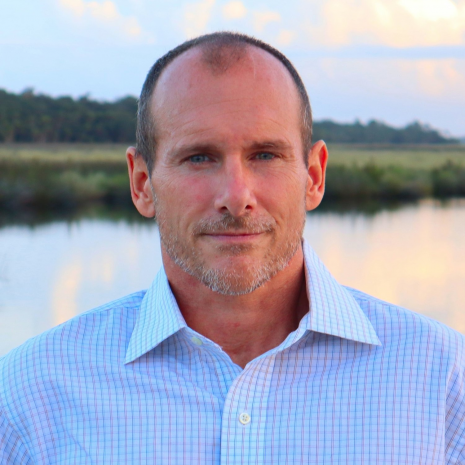 Etienne was on the Alfa Vedic podcast with Dr. Barre Lando and Mike Winner where he broke down the connections between some of the top suspects involved in the scam of "The Covid" and their connections to the eugenics movement.  Eugenics is the poisonous idea that humanity could be improved by sterilizing what eugenicists believe to be the "useless eaters" in society or even mass murder using vaccinations to avoid "over population". We are adding the DRAFT of the article that Etienne shares in the interview for a crowd-sourced fact-check.  What other participants in the scam of "The Covid" have backgrounds in eugenics? Watch on YouTube / Listen on Podbean

Spectators watch a "Fitter Families Contest" at a Health and Eugenics exhibit at the 1920 Kansas Free Fair. American Eugenics was widespread, popular and socially accepted until the crimes of Nazi Germany became apparent where is was driven underground and, largely, renamed: bioethics and/or "family planning". (American Philosophical Society/Truman State University)

Eugenics (Best Short Summary and History: https://historynewsnetwork.org/article/1796)  is the belief that one can improve humanity by selective breeding to develop positive traits like intelligence (positive eugenics) while negative eugenics focuses on eliminating undesirable traits through marriage restriction, segregation, sexual sterilization.

Eugenics in its most extreme form, euthanasia or even murdering those that eugenicists consider undesirable. In an attempt to decrease procreation among the "unfit," eugenicists passed laws prohibiting marriage to people with diseases, or other conditions believed to be hereditary. Similar restrictions banned miscegenation, a negative view of marriage between people of different races.  Through funding by many of the families in the picture below, over 60,000 Americans were forcefully sterilized until the eugenics practices of Nazi Germany, largely funded by the Rockefeller Foundation, became known and the eugenics movement was forced underground.  Eugenics in the modern age has been focused primarily on the, unfortunately, somewhat more politically palatable strategy of making abortion widespread and low-cost/free with Planned Parenthood as the most visible example.  Planned Parenthood entered the abortion business in 1970 led by President Alan F. Guttmacher, who was a former vice president of the American Eugenics Society.[i]

Anthony Fauci - Has he hijacked and steered the NIH, CDC, and NIAID into Eugenics?

Anthony Fauci, director of the National Institute of Allergy and Infectious Diseases and lead members of the White House Coronavirus Task Force pictured with the leading funders of eugenics-related research and organizations and their media puppets.  This image is from the Andrew Carnegie Medals of Philanthropy Awards ceremony on Dec 10th 2001

Andrew Carnegie and the Carnegie Foundation - In 1904, the Carnegie Institution, with Skull & Bones member Daniel Coit Gilman as president, financed the establishment of a biological experiment station related to eugenics at Cold Spring Harbor, New York. In 1910, the Eugenics Record Office was begun there and later received funding from the Rockefeller Foundation after John D. Rockefeller, Jr. formed the Bureau of Social Hygiene.[i]

Bill Gates Senior, BoD Planned Parenthood which was birthed out of the American Eugenics Society whose founder, Margret Sanger, wrote to Dr. Clarence Gamble, heir to the Proctor and Gamble fortune: "We do not want word to go out that we want to exterminate the negro population"[ii]

David Rockefeller – His family funded the Wilhelm Kaiser Institute in Germany which was the basis for Nazi eugenics and racial hygiene policies, the Eugenics Records Office at Cold Springs Harbor, and Planned Parenthood in the United States.  In 2010 the Rockefeller Foundations published a document called Scenarios for the Future of Technology and International Development that outlined a future scenario (Lock Step) where the world would be locked down because of an influenza virus that jumped from animals to humans in China requiring masks, temperature checks, and biometric IDs.

Ted Turner – Quoted in 1996: "A total population of 250-300 million people, a 95% decline from present levels, would be ideal," and is also widely believed to be behind the Georgia Guidestones, a Stonehenge-like monument with eugenicist principals translated in eight languages.  Turner is also an organized crime propagandist behind CNN and the deceptions and distractions of cable television.

George Soros is a major investor in Monsanto and has been linked to the Kenema Government Hospital in Sierra Leone, US biosecurity level 2 bioweapons research lab with links to the Bill and Melinda Gates Foundation[iii] where research on Ebola was taking place. Soros is the third largest donor to Planned Parenthood. His Open Society Institute gave $18.4 million to the abortion giant. In 2011 alone, Open Society pledged to give Planned Parenthood $20 million over a four-year period. The grant was specifically to build centers in the "south and southeast regions" of the U.S.[iv]

Irene Diamond - The chair of the Aaron Diamond AIDS Research Center which is officially affiliated with Rockefeller University happens to run its own Level 3 bio-safety facility.[v]

Other Covid Suspects Connected to the Eugenics Movement Not Pictured

Bill Gates – Bill Gates, the former Chairman of Microsoft and the co-chair of the Bill and Melinda Gates Foundation, is not only one of the leading voices advocating and funding tyrannical Covid policies and injections but he is one of the top donors in the world to eugenics. His foundation, along with World Economic Forum and the Johns Hopkins Center for Health Security, produced a "pandemic tabletop exercise" called Event 201 simulating a global coronavirus pandemic in October of 2019 two months before the first reported case of "The Covid".  Bill Gates has been the #1 financial backer of the World Health Organization (WHO), who declared Covid a "pandemic" (after changing the definition on May 1st 2009 prior to the Swine Flu "pandemic" eliminating the severity and high mortality criteria[i]) to the tune of over $1 Billion over the past decade eclipsing even nation state funders. At the same time he has been the #1 funder of organizations pushing eugenics globally providing at least $81 million to Planned Parenthood from about 2009 to 2018, according to financial records from the foundation's website. Additionally, it gave $46.1 million to the British-based abortion chain Marie Stopes International in 2012. These two groups alone abort millions of unborn babies every year across the world. An investigation by Live Action News found the Gates Foundation also donated nearly $68 million to DKT International, which sends abortion drugs and devices across the world. Gates is partnered with Warren Buffet in the giving pledge and Buffett recently resigned as a trustee of Gates' foundation.  Buffett, one of the largest donors to Gates' foundation, has also donated $4Billion to organizations focused on eugenics, abortion and population reduction between 2000-2018 alone including the Rockefeller-founded Population Council whose 2nd President Frederick Orborn, a founding member of the American Eugenics Society[ii], once wrote that: "Eugenic goals are most likely attained under a name other than eugenics."[iii] And "Birth Control and abortion are turning out to be the great eugenic advances of our time."[iv]

Bill Ackman – Bill Ackman is a billionaire hedge fund manager, member of the CFR and Bilderberg Group and one of the first voices on Wall Street to publicly and vocally call for a shutdown of the American economy where he was pre-positioned to profit from shutting down mom-and-pop restaurants, coffee shops and hotels with investments in Restaurant Brands International, which runs 26,000+ Popeyes, Burger Kings, and Tim Hortons in addition to investments in Starbucks, Chipotle, and Hilton hotels.  Ackman apparently had foreknowledge of the Covid-induced 2020 stock market crash, as he hedged Pershing Square's portfolio, risking $27 million to purchase credit protection, generating $2.6 billion in less than one month.[i]  Ackman is a major donor to Eugenics with donations to both Planned Parenthood[ii] and Cold Spring Harbor($10MM)[iii] through his foundation.

Dr. Leana Wen – Leana Wen is a former President of Planned Parenthood, Rhodes Scholar, member of the Council on Foreign Relations, and World Economic Forum Young Global Leader who is being used in the MainStreamMedia as an "authoritative" pro-vaccination voice and to smear "anti-vaxxers".  She was also an apparent "created legend" that was used as a crisis actor during the staged Boston Marathon Bombing which we break down in more depth in our One-Pagers on False Flag Events for Police State and Understanding Crisis Actors and Created Legends.

Dr. Ezekiel Emmanuel - Dr. Emmanuel is a "bioethicist" (frequently used as a code word for eugenics) who has argued that the Hippocratic Oath is obsolete and that people should choose to die at age 75 to spare society the burden of looking after them in old age.[i] He is also the lead author of that New England Journal of Medicine article advocating for rationing COVID-19 care that was adopted by the CMA. Emmanuel is a member of the Council on Foreign Relations[ii], the World Economic Forum[iii] , senior advisor to the World Health Organization, and Joe Biden's 16-member COVID-19 Advisory Board. He is the brother of Donald Trump's theatrical agent Ari Emmanuel[iv] and Barack Obama's Chief-of-Staff Rahm Emmanuel, who famously said: "You never let a serious crisis go to waste. And what I mean by that it's an opportunity to do things you think you could not do before." [v]  Ezekiel was a fellow at the Hastings Center, a research institute deeply connected to the eugenics movement. The founding director of Hastings was Theodosius Dobzhansky, who was a chairman of the American Eugenics Society from 1964 to 1973, while Hastings cofounder Daniel Callahan—who has admitted to relying on Rockefeller Population Council and UN Population Fund money in the early days of the center's work—served as a director of the American Eugenics Society (rebranded as The Society for the Study of Social Biology) from 1987 to 1992.

Etienne de la Boetie² is the nom de plume of the voluntaryist author of "Government" – The Biggest Scam in History… Exposed!  backed up by a 32GB flash drive/Dropboxes called: The Liberator. He is a father, technology entrepreneur, cyclist, runner, hot yogi, multi-disciplinarian truther, armchair economist, cryptocurrency enthusiast, and neo-abolitionist who is experimenting with large-scale cult deprogramming. Mr. Boetie² distills 20+ years of research into short, easily-digestible treatises on individual subjects and optimizes them for the 65% of society who are visual learners. Boetie² includes references and links to more comprehensive research and the "authentic voices" of the developing alternative media.

Mr. Boetie² is also the founder of a start-up public policy organization: The Art of Liberty Foundation that is developing voluntary and free market solutions to social issues while exposing the illegitimacy and criminality of "government", and the hidden curriculum of organized crime's mandatory government schools, scouting programs, and police/military "training": The pseudo-religion of Statism, obedience, fealty, "order-following" and tax slavery.

About the Art of Liberty Foundation

A start-up public policy organization: Voluntaryist crime fighters exposing inter-generational organized crime's control of the "government", media and academia. The foundation is publisher of "Government" - The Biggest Scam in History… Exposed! and Five Meme Friday - a weekly e-mail or Telegram summary of the best of the alternative media, censored truth videos, and at least 5 hot, fresh, dank liberty memes every week, and "Government", Media, and Academia Exposed! - A Telegram summary of the best mainstream and alternative news story proving our thesis that all three are being hierarchically controlled by inter-generational organized crime interests.

Subscribe to The Art of Liberty Foundation - Important News

Exposing the illegitimacy and criminality of the "government", media & academia

Now They Want Our Blood (literally)

GMOs Haven't Gone Away. Here's What's Coming to a Grocery Store (and Town) Near You.

The Fabian Society, Eugenics, and the Historic Forces Behind Today's Systemic Breakdown

Exclusive Report: You Are Here

A Covert War on Humanity