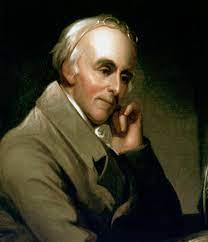 Benjamin Rush MD (1745 - 1813) was a physician, politician, educator and Declaration of Independence signatory.

Reportedly he once said that unless "medical freedom" is constitutionally mandated, "the time will come when medicine will organize into an undercover dictatorship to restrict the art of healing to one class…and deny equal privileges to others."

"The Constitution of this republic should make special privilege for medical freedom as well as religious freedom."

The post-WW II Nuremberg Code didn't exist in his day.

Embodied in constitutional law by its Supremacy Clause, it requires voluntary consent on all things health related.

What's legally mandated doesn't deter rogue states from operating by their own rules exclusively — none more grievously over a longer duration than hegemon USA.

None was responsible for more harm to countless hundreds of millions throughout its odious history.

None of its ruling regimes was more contemptuous of the rule of law and rights of ordinary people than the current empowered one.

If medical freedom over tyranny in its present form was constitutionally mandated, Biden regime and complicit Dem dark forces would have ignored it in similar fashion to how they consistently and repeatedly breach international and other constitutional laws.

War on public health and freedom rages throughout the US/West and elsewhere.

Showing no signs of easing, things are highly likely to worsen ahead without all-out resistance against the worst of all possible worlds planned long before what began early last year.

Permanent dystopia is coming without mass rebellion against what no one should tolerate anywhere.

Extermination is working as planned.

According to Israel-based Real-Time News, there's been a 500% increase in sudden cardiac-related deaths among highly conditioned FIFA players this year — since mass-jabbing began.

In the past 10 months, 183 professional athletes and coaches suddenly collapsed, 108 perished.

Mostly males, their ages largely ranged from 17 - 40. Eighty collapses on the field of play or while training, or immediately after their exertion — what's unheard of among athletes in top physical shape.

Most deaths were diagnosed as caused by myocarditis, pericarditis, heart attacks, cardiac arrest or blood-clotting that proved lethal.

Real-Time News noted that its list is longer than reported.

Dozens of other cases were omitted for lack of enough detailed information.

What happened among the ranks of FIFA athletes likely applies to most or all sports in which a large percent of their players were jabbed one or more times.

Note: In response to the 5th US appellate court stay's of execution because of "grave statutory and constitutional concerns," temporarily halting the Biden regime's draconian mandate for businesses with 100 or more employers to mandate jabs for their workers and other staff, OSHA suspended its enforcement, saying:

While it "remains confident in its authority to protect workers in emergencies (sic), (it) suspended activities related to the implementation and enforcement of the ETS (Emergency Temporary Standard) pending future developments in the litigation."

The 6th US appellate court also got involved to hear and rule on over 30 lawsuits against the unconstitutional mandate from hell.

With enough lower court opposition on constitutional grounds, chances increased for the Supremes to support them if the Biden regime appeals to the highest judicial level.

The struggle against the most diabolical scheme ever plotted against humanity at home and abroad has miles to go.

Driving a stake through its heart to kill it altogether is the only acceptable way ahead — including a halt to jabs with genocide in mind and plot to destroy freedom.