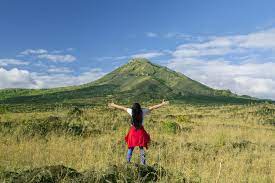 No Mystery Why Some Countries Are Largely Flu/Covid-Free

They use known safe and effective ivermectin for treating and curing flu/covid.

As a result, the incidence of the viral illness in these countries is low.

Their success is in stark contrast to surging outbreaks, serious cases, hospitalizations and deaths throughout the US/West, Israel and in other heavily mass-jabbed countries.

Since discovered and approved for human use, around 4 billion doses of ivermectin have been prescribed worldwide.

The WHO includes it on its list of Essential Medicines.

In 2015, co-developer of the drug, Dr. Satoshi Omura, won a Nobel Prize in Medicine.

In February, British Ivermectin Recommendation Development (BIRD) — comprised of medical and scientific experts from over 15 countries — recommended global  use of ivermectin as a verifiably safe and effective drug for preventing and treating flu/covid.

"Ivermectin is already in use around the world and can reach the poorest people long before other expensive COVID treatments will ever get to them."

"Ivermectin has an ever-increasing evidence base that shows that it works."

"Even the prestigious Institute Pasteur in France has confirmed that the evidence is sound."

"When we examine the extensive evidence on ivermectin as a treatment for (flu/covid), we still see a significant reduction in the spread of (the viral illness), as well as a reduction in hospitalizations and deaths."

"All science needs to be scrutinized. As some of the most published researchers in our fields, we are used to having our work examined by others."

Peer-reviewed studies showed that when used as directed, ivermectin virtually eliminates flu/covid, most often in a few days.

"Hundreds of thousands, actually millions, of people around the world, from Uttar Pradesh in India to Peru to Brazil, who are living and not dying" are alive and well thanks to ivermectin.

He "saw with (his) own eyes" the other side of the story that MSM suppress, adding:

He "wishes the world could see both sides" — notably that ivermectin is a virtual wonder drug for treating and curing flu/covid.

It's safe, effective and cheap.

If used worldwide in lieu of toxic jabs  — crucial to shun — flu/covid could be largely eliminated.

It's not throughout the US/West, Israel and elsewhere with mass-extermination and destruction of freedom in mind.

Outbreaks are largely absent in dozens of African countries.

What AP News called "mysterious" is what it suppressed.

Widespread use of ivermectin rendered much of the continent largely flu/covid-free.

It's where "fewer than 6% of the people" are jabbed, AP reported.

In its weekly reports, the WHO calls Africa "one of the least (flu/covid) affected regions in the world."

What AP News should have explained, it suppressed.

Widespread use of ivermectin in many African countries prevented flu/covid outbreaks — and cured the viral illness safely, effectively, quickly and cheaply when they occurred.