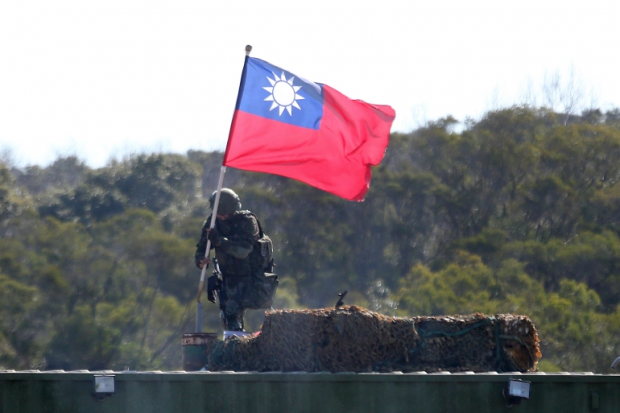 The Trump regime declared it null and void.

On Thursday, the fake Biden appeared to follow suit, saying the US "ha(s) a commitment" to defend Taiwan against China.

"I just want to make China understand that we are not going to step back."

"We are not going to change any of our (hostile) views" toward the country, its leadership and 1.4 billion people.

White House press secretary Psaki doubled down on the above, saying US support for Taiwan is "rock solid."

A Psaki follow-up remark said that the "US defense relationship with Taiwan is guided by the Taiwan Relations Act."

It terminated formal US relations with Taiwanese authorities.

It called for maintaining peace and stability in East Asia — polar opposite how hegemon USA operates worldwide, including at home.

Despite Psaki adding that the Biden regime will "uphold (its) commitments" under the above act, she stressed that it'll "support Taiwan's self-defense and oppose(s) unilateral changes."

What stood the test of time in Sino/US relations over Taiwan since 1979 no longer exists.

There's no ambiguity about one China that includes Taiwan — what Beijing considers a breakaway province to be reunited with the mainland.

"There is only one China in the world. Taiwan is an inalienable part of China's territory."

"(T)he government of the People's Republic of China is the sole legal government representing China."

"This is an indisputable fact and a basic norm governing international relations."

"We would also admonish the Taiwan authorities that any attempt to solicit foreign support and seek political manipulation is doomed to fail."

In response to the fake Biden's remarks on Taiwan, Wang again stressed the followomg:

"When it comes to issues related to China's sovereignty and territorial integrity and other core interests, there is no room for China to compromise or make concessions."

"(N)o one should underestimate the strong determination, firm will and strong ability of the Chinese people to defend national sovereignty and territorial integrity."

"The Taiwan issue is purely an internal affair of China that allows no foreign intervention."

The Biden regime "should be cautious with its words and actions on the Taiwan issue, and not send any wrong signals to the separatist forces of Taiwan independence, so as not to seriously damage China-US relations and peace and stability in the Taiwan Strait" more than already.

Asked if the Biden regime will defend Taiwan in case of war with the mainland, US war secretary  Lloyd Austin declined to engage in hypotheticals, adding:

"Nobody wants to see cross-Strait issues come to blows." At the same time, the hostile US position toward China is unchanged.

Separately, a spokesperson for the Taiwanese regime said it "will demonstrate (its) firm determination to defend ourselves and continue to work with countries with similar values to make a positive contribution toward the Taiwan Strait and Indo-Pacific region's peace and stability."

In response to unacceptable remarks about China by the Biden regime nominee to be its envoy to the country, Nicholas Burns, Wang said the following:

His remarks "smack of Cold War zero-sum mentality and run counter to facts."

"The (phony) accusation of so-called 'genocide' in Xinjiang is an outrageous lie fabricated by a few anti-China (elements) in Western countries and US politicians, with the true intention of oppressing and containing China's development."

The US "should honor its commitment (to stop) arms sales to Taiwan."

Beijing rejects false US accusations and urges its regimes to address their own flagrant breaches of international law at home and abroad.

Unacceptable remarks about China by the imposter in the White House came at a time of no end to US war on the country by other means.

Softening isn't how the US operates on actions toward countries free from its control.

Because of its growing political, economic, financial, and technological prominence on the world stage, both right wings of the US war party consider China to be their invented public enemy No. One.

According to China's Global Times, "(e)xperts…believe that Biden's remarks should not be seen as a slip of the tongue or an accident."

They represent hegemonic US aims in a part of the world where it doesn't belong.

Looking ahead, Sino/US relations are highly more likely to worsen than improve.

While war between both countries would be an unwinnable act of madness by the US, what's unthinkable is always possible by accident or design because its dominant hardliners seek control over planet earth by whatever it takes to achieve their diabolical aims.