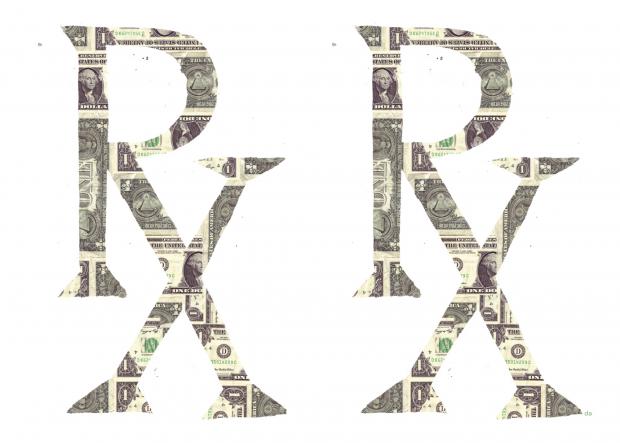 Teaching, learning, scholarship and preparing students for their life's work is what education should be all about, not profit-making.

Yet ties between academia and corporate interests have other aims in mind.

They more greatly harmed the public interest after enactment of the 1980 Bayh-Dole Act.

It lets colleges and universities patent discoveries, then license or sell them to private for-profit interests at the expense of the general welfare.

The issue is most concerning on all things health and science related. Conflicts of interest abound.

Business decisions are made to benefit sales, profits, market share, and all else rewarding owners and/or shareholders.

Pharma ties to academia through funding research affect the relationship between medical providers and patients.

In pursuing their own profit-making interests, institutions of higher education seek corporate ties.

When business firms direct or otherwise influence campus research projects, it's solely with their interests in mind at the expense of public ones.

Most all congressional legislation serves interests of corporate America, others who fund congressional members, and what's self-serving for themselves.

At rare times when public interests are served — notably since US New Deal, Fair Deal and Great Society years over half a century ago, it's with getting reelected in mind when haven't enough public support and need more.

Virtually everything from Congress and what's enacted into law is with political priorities in mind — doing the right things virtually never a consideration in the US/West.

It's how all fantasy democracies operate, pretending concern for public rights and needs while spurning them for other priorities.

The above reality was never more starkly true than now.

Since seasonal flu was renamed covid early last year, virtually everything mandated and encouraged has been with inflicting maximum harm on maximum numbers of people at home and abroad while falsely pretending protection of public health.

My esteemed alma mater on the banks of the Charles River in Cambridge MA instituted medical tyranny in cahoots with US dark forces and Pharma.

Scholarship, teaching, learning, interactions with faculty, and overall campus life I remember when a Harvard undergrad, class of 1956, no longer exists.

Heavy pressure has been applied to students, faculty, staff and others on campus to be jabbed and rejabbed with what destroys health straightaway or later on.

Refuseniks must follow draconian guidelines, including regular testing that's nearly always false when positive because of how administered.

The university and some faculty members are cashing in at the expense of what campus life should be all about.

It's no longer so after selling its soul with other aims in mind — to benefit by promoting what serves the interests of Pharma and related profiteers.

On September 21, the Harvard Crimson student publication posted remarks Rubin made on flu/covid booster jabbing — intending to deceive, not inform.

"(T)hey even work during the time when the delta variant is prevalent (sic)."

As I explained — former Pfizer chief scientist for allergy and infectious diseases Dr. Michael Yeadon my source — there's not a dime's worth of differences among all flu/covid strains.

What Rubin knows, he suppressed, and why not.

Along with his above credentials, he's a Pharma-controlled FDA voting member of its Vaccines and Related Biological Products Advisory Committee.

Notably on all things flu/covid, his mandate is serving Pharma's interest and the expense of public health, well-being and fundamental rights.

If otherwise, his ties to Pharma wouldn't exist.

His remarks would prioritize truth and full disclosure on the most crucial issue of this and all other eras.

Instead, they're the other way around, promoting what harms health over what protects it.

He falsely claimed that the "most important way that people can decrease their own risk (from flu/covid) is to get a full series of jabs (sic)" — he knows are toxic but urged their use anyway.

He also falsely said that "the best safety data available are from Israel" — omitting what's crucial to explain.

Jewish state people comprise one of the world's most intensively jabbed populations with disastrous results.

As mass-jabbing increased, so did numbers of outbreaks and deaths.

Most of its people are double-jabbed, over one-third booster-jabbed.

Yet as harm increased, the Bennett regime's solution has been more jabs — an agenda certain to destroy the health of millions of Israelis, some short-term, most others later on.

And when seriously ill, incapacitated or dead, reasons other than mass-jabbing poison will be falsely cited — or most likely none at all, a second Jewish holocaust swept under the rug.

In the US, hospitals have been pressured and threatened to call patients harmed or deceased from jabs unjabbed — part of ongoing state-sponsored/MSM supported fear-mongering mass deception.

Rest assured, it's virtually certain that he'll be aboard the booster and forever-jabbing bandwagon when FDA approval comes as it surely will ahead.

He admitted it saying that "data are coming out rapidly."

"With more data, I wouldn't be surprised if recommendations on boosters change fairly soon" — and he'll be onboard to support what he knows causes more harm than one or two jabs alone.

Israel and Pfizer struck a diabolical bargain to use the population as virtual guinea pigs for testing the company's mRNA technology toxicity harm from mass-jabbing.

Rubin turned truth on its head, falsely saying the country's "motivations (for) booster doses is to reduce the size of the epidemic" that doesn't exist.

He lied claiming that "safety data" show that multiple jabs "reduc(e) serious illness in older individuals and other high-risk individuals" when it's the other way around."

He lied saying that "guidance from the CDC and and other public health authorities helped (sic)."

He ignored that millions of Americans and millions more abroad have been harmed.

He failed to explain expert analysis by Jessica Rose, PhD (in computational biology), MSc (in immunology), and BSc (in applied mathematics) together with  researcher Matthew Crawford, saying:

"Analysis of the Vaccine Adverse Event Reporting System (VAERS) database can be used to estimate the number of excess deaths caused by (flu/covid jabs)."

Pharma-controlled CDC VAERS data "underreport(ed) (it) 50X to 123X" — to cover up numbers of deaths from jabs.

"There is no evidence that these (jabs) save more lives than they cost."

Instead of explaining this vital information and more from Rose and Crawford, Rubin suppressed it in cahoots with the Biden regime and Pharma.

By failing to challenge him, the Harvard Crimson shares complicity with his fake news and mass deception.

Do you know the 'boiled egg' trick?