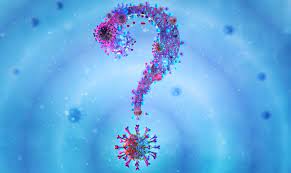 Will Flu/Covid Truth-Telling Be Banned in the West?

Tyranny arrived in the US/West unannounced.

Eliminating what remains of free and open societies is planned worldwide — to be replaced by dystopian ruler/serf despotism.

Controlling the message is key — by eliminating what conflicts with the official fabricated narrative.

Losing the right of free expression endangers all others.

When truth-telling and dissent are considered threats to national security, free and open societies no longer exist.

That's the slippery slope along which the US and other Western societies advanced perilously close toward a point of no return.

What Orwell called "reality control" is all about abolition of free and open expression, including digital democracy, the last frontier of expressing views freely.

If censored or otherwise compromised, the most reliable independent space for real news, information and analysis will be gone.

The same goes for truth-telling books on key cutting-edge issues of our time — largely from independent publishers.

If digital democracy is lost, they'll go with it.

No issue is more important than all things flu/covid.

The most crucial one in our lifetime dwarfs all others.

Joseph Mercola's best-selling book, titled "The Truth About COVID-19: Exposing The Great Reset, Lockdowns, Vaccine Passports, and the New Normal" is under attack to obstruct its access to more readers.

He explained that extremist Rep. Adam Schiff called for greater censorship of truth-telling flu/covid information — what's vital for everyone to know.

The "hidden agenda" of Warren, Schiff, other US dark forces and their MSM press agents has nothing to do with protecting and preserving public health.

It's all about destroying it by unparalleled depopulation worldwide.

It's also about advancing currently in place police state-controlled totalitarian rule to full-blown tyranny — US/Western societies made totally unsafe and unfit to live in.

Will others exposing the mother of all state-sponsored scams go the same way?

Will US censorship and truth-telling suppression be replicated throughout the West and elsewhere?

How much longer remains very much uncertain.

Coleman's websites — vernoncoleman.com and vernoncoleman.org — contain volumes of truth-telling information on all things flu/covid and other health issues.

He has two sites, saying he "hope(s) that one might survive if the other develops a mysterious illness and completely disappears."

At a time of universal deceit, he, his websites, and truth-telling information of others is at risk of going the same way.

Mincing no words, Coleman said what's going on is (state-sponsored) genocide — on a never before imagined scale with eliminating billions in mind worldwide.

He cited Jean Paul Satre saying that if ruling authorities manipulate the public mind with "terror, anxiety and uncertainty, (you'll eliminate) their humanity, (their rational thinking) and drive them towards madness."

Millions in the West and elsewhere have already been jabbed with the most dangerous stuff ever created by Pharma.

In Britain where Coleman lives, the state-controlled BBC is every much an instrument of mass deception as US MSM.

Slamming its fake news, Coleman said it has "a financial arrangement" with genocidist Bill Gates.

Its broadcasts haven't "been within hailing distance of fair or honest"reporting from inception.

All the news it claims fit to broadcast is state-approved/mind-manipulating propaganda.

"(S)uppression of news and debate and the demonization of those who ask questions prove that (what's going on is) a fake pandemic," Coleman stressed, adding:

"Nothing in the mainstream media is trustworthy. The alleged figures for" flu/covid outbreaks and deaths are fabricated.

US/Western dark forces behind the mother of all diabolical plots against humanity "are worse than anything human beings have ever faced."

"No one has ever been as thoroughly evil as the politicians and scientists promoting the coronavirus hoax around the world."

"Never before have people been lied to so thoroughly, so consistently and with such evil purposes as we are being lied to by our oppressive, totalitarian, genocidal governments."

"Make no mistake." Their diabolical aim is mass-murder on a scale never before conceived by the worst of history's demonic figures.

The above is a snapshot of what Coleman discussed in his book — straight-talk truth-telling.

Since early last year, we've been lied to and deceived about all things flu/covid — notably about toxic jabs with unparalleled genocide and full-blown tyranny in mind.

People asking what they can do to challenge what's going on can do plenty.

"If you want to stop, this you can," Coleman stressed.

"It's up to you. You can make a difference."

That's what the power of resistance is all about.

It's never been more important to exercise than now.

Do you know the 'boiled egg' trick?