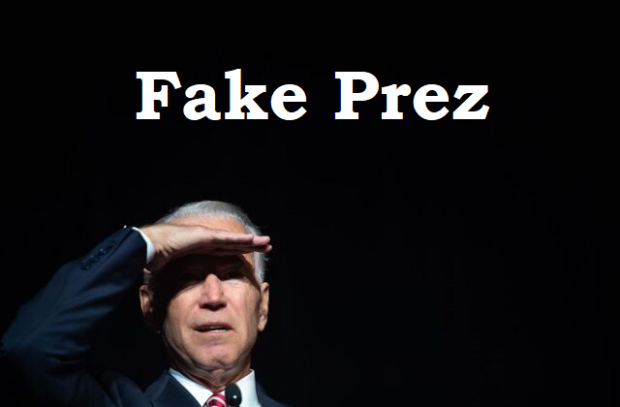 US congressional members, world community nations and MSM know — or should know — that the unelected/illegitimate Biden regime is nominally headed by a know-nothing figurehead imposter.

Too cognitively impaired to serve in any capacity, selected/unelected JB is hidden out of sight in parts unknown — uninvolved in affairs of state.

On Tuesday before the UN General Assembly, Biden's double recited the regime's customary litany of bald-faced Big Lies — fooling no one except perhaps mind-manipulated Americans who believe most anything fed them, no matter how untrue.

Straightaway in his remarks, JB's double repeated the Big Lie about a pandemic that doesn't exist, an invented one alone.

Indeed what's going on is "devastating" for reasons left unexplained.

Countless millions were irreversibly harmed by mass-jabbing designed to destroy health, clearly not to protect it.

As a previous article explained — citing an independent analysis by truth-telling experts — an estimated 150,000 Americans died from jabs gotten through late August.

The Biden regime, its corrupted anti-public health officials, MSM press agents and complicit partners are guilty of the highest high crimes against humanity — including planned mass-murder on an unparalleled scale.

Crises the fake Biden referred to were made-in-the-USA as part of its war on humanity at home and abroad.

The diabolical aim is destroying lives, not "sav(ing)" them.

The regime, co-conspirators and supporters continue to pretend that garden variety seasonal flu is covid — based on the so-called SARS-CoV-2 coronavirus never found in lab analysis, proving it doesn't exist.

Hyping the invented delta scariant — and claim of "more virulent and dangerous ones" ahead by JB's double — left unexplained that virtually all flu/influenza strains are similar, their differences too minor to matter.

Claiming US affirmation of human rights and dignity is polar opposite how its ruling authorities operated from inception.

The same goes for falsely claiming US support for "core tenets of the international system, including the UN Charter and Universal Declaration of Human Rights (sic)" — tenets it consistently and repeatedly breached at home and abroad throughout the post-WW II period, notably since Biden regime hardliners usurped power.

JB's double fooled no one by claiming that hegemon USA now pursues "a new era of relentless diplomacy (sic); of using the power of our development aid to invest in new ways of lifting people up around the world (sic); of renewing and defending (nonexisting) democracy (in the US/West); of (pursuing) government by and for the people (as) the best way to deliver for all of our people (sic)."

There's no ambiguity that both right wings of the US war party abhor the above notions — tolerating them nowhere, especially not domestically.

Hegemon USA doesn't pursue "cooperation (with other nations) at multilateral institutions like the UN."

Using its levers of power, it demands that world community nations bow to its will — that they prioritize subservience to a higher power in Washington over their sovereign rights and welfare of their people.

The scourge of US imperial rampaging is worlds apart from the fake Biden's dissembling claims otherwise.

He lied claiming that US "success is bound up with others succeeding as well (sic)."

He lied saying that hegemon USA "deliver(s) for our own people (sic)."

He lied claiming that the Biden regime prioritizes working cooperatively with other nations (sic).

He lied citing threats to US security that don't exist.

He lied claiming that hegemon USA is engaged with the WHO "to deliver lifesaving (flu/covid jabs) around the world (sic)" — designed to destroy health and shorten lifespans he left unexplained.

He threatened nonbelligerent nations free from US control, saying:

The US "will continue to defend ourselves, our allies, and interests against attack (sic), including terrorist threats (sic), as we prepare to use force…is necessary…to defend our vital national interests, including against ongoing and imminent threats" — that don't exist.

He lied saying that "military power (is a US) tool of last result (sic)."

Ignored was that from June 1950 aggression against nonthreatening/nonbelligerent North Korea to war on humanity today, world peace, stability, and compliance with the rule of law have been and remain nonstarters for undemocratic Dems and Republicans.

In promoting the Biden regime's mass-extermination campaign at home and abroad, his double called for "act(ing) now to get (toxic jabs) in(to) arms as fast as possible…to (eliminate maximum numbers of) lives around the world."

The US is spending countless billions of dollar for mass murder — on the phony pretext of protecting public health it's going all-out to destroy worldwide.

What the fake Biden called "dose(s) of hope (sic)" are health-destroying toxins with mass-extermination in mind.

The rest of his address included more Big Lies and threats against nonexistent enemies.

No ruling authorities in world history were ever as hellbent as the Biden regime to harm maximum numbers of people at home and abroad.

None ever plotted genocide on such an unparalleled scale.

None ever were more contemptuous of their own people, wanting millions of unwanted ones eliminated.

More than ever, today is the most perilous time in world history.

The fate of humanity hangs in the balance.

Unless challenged and stopped, Biden regime hardliners may doom us all.

Popular revolution is the only solution before it's too late to matter.

Foreclosures are surging now that Covid mortgage bailouts are ending, but they're still at low..

US Farm Income Booms To Near Decade Highs