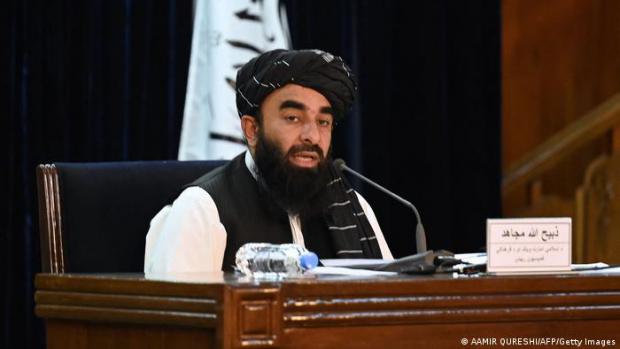 For better or worse, Afghans are nominally free from hegemon US control.

On Tuesday, the Taliban announced key officials of its caretaker government — comprised of men, no women. They include:

Other interim government officials will be named later.

The country's interim government should start working "as soon as possible."

It aims to ensure "lasting peace, prosperity and development."

As expected, he holds no appointed position.

Most of the above ministers are Pashtun, short of promised "inclusive" government so far.

Russia's embassy in Kabul said "(w)e are not giving comments yet."

Russian International Affairs Council director Andrey Kortunov stressed the importance of including Tajiks, Uzbeks and other ethnic groups in the country's government to be inclusive as promised.

"If the West, the US first and foremost, treats Afghanistan the way it treats Iran, the direst consequences may ensue."

"For Afghanistan, the pressure of sanctions will have far more unfavorable effects than for Iran, and very soon."

"If the international community manages to present a common front — in the UN Security Council or in the G20 — and addressed the Taliban at least with some minimal requirements, all this will provide stronger leverage in terms of possible influence on the Taliban's policies."

"Everybody should make up one's mind what is more important: to go ahead with the struggle around Afghanistan and for Afghanistan, or to achieve unanimity and present a common front to demand, firstly, firm guarantees there will be no terrorist activity from the territory of Afghanistan and, secondly, the observance of the basic human rights, pluralism and gender equality."

Tolerating no nations free from its control, US forever war on Afghanistan continues — likely by hot and other means.

The former is likely to be unjustifiably justified by claiming it's to combat ISIS and other jihadists in the country — leaving US support for them unexplained.

The latter is virtually sure to include illegal sanctions and other dirty tricks — the Biden regime going all-out to maintain instability and immiseration of long-suffering Afghans.

"We are ready to support the formation of a government that will reflect the entire range of Afghan society, including the Taliban and other ethnic groups, which will not only include the Pashtuns but also Uzbeks, Hazara and Tajiks."

"Only such an inclusive government will be able to ensure a sustainable transition to a new life for our Afghan neighbors."

"If this is the goal of the ceremony, we will be delighted to attend it together with the other invited countries, which can influence the situation in Afghanistan," adding:

The country's path ahead is for its "people to decide."

"We are urging our neighbors to do this in an inclusive process, so that all ethnic and political groups in the country are involved."

"The Taliban…announced that they will form such a government. We wholeheartedly support this intention."

"We really do hope that it will be implemented."

Beijing intends to maintain communication with its officials.

"As the culprit of the Afghan issue, the US inflicted enormous loss and suffering on the Afghan people in the two-decade-long war."

"The negative impact will linger on for years to come."

"China's position on the Afghan issue is clear and consistent."

"We always respect the sovereignty, independence and territorial integrity of Afghanistan and support the Afghan people in independently choosing a development path suited to their national conditions."

"We also support Afghanistan in forming an open, inclusive and broadly representative government, pursuing moderate and prudent domestic and foreign policies, resolutely fighting against all kinds of terrorist forces and developing friendly relations with other countries, especially neighboring countries."

"China attaches great importance to the Taliban's announcement about the creation of an interim government."

"This put an end to over three weeks of anarchy in Afghanistan and was a necessary step for the restoration of order and for the post-war reconstruction of the country."

Wang left unexplained whether China accepted an invitation to attend the inaugural ceremony of the new Afghan government.

Invitations were reportedly sent to a limited number of countries, including China, Russia, Iran, Pakistan, Qatar and Turkey.