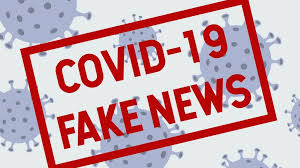 The above numbers are a minuscule total of the true toll in the US alone.

It's part of state-sponsored mass deception.

A 2010 HHS study concluded that VAERS captures "fewer than 1% of injuries (including deaths)" from vaccines.

The actual toll is over 100-fold greater than what's officially reported.

For experimental Pfizer/Moderna mRNA drugs and J & J's flu/covid vaccine, the risk of irreversible harm and shortened lifespans may be exponentially greater.

What's known so far is alarming.

What's yet to unfold may likely reveal catastrophically large numbers of people harmed from mass-jabbing.

Based on a 100-fold greater toll than VAERS reports, total numbers of mass-jabbing injuries to date are around 61,863,800.

What's going on is an unprecedented made-in-the-USA holocaust against humanity in the West and elsewhere.

Included in the above numbers are likely tens of thousands of serious injuries, including permanently disabling ones.

A CDC website disclaimer says reports of adverse events, including deaths, "may contain information that is incomplete, inaccurate, coincidental, or unverifiable (sic)," adding:

"(I)nclusion of events in VAERS data does not imply causality (sic)."

According to the above, adverse events and deaths following flu/covid jabs may be caused by something else.

Reports to VAERS are from sources accurately linking them to jabs — what autopsies would reveal if accurately performed.

There's no ambiguity about health-destroying flu/covid jabs — what Pharma designed them to do in support of state-sponsored elimination of maximum numbers of unwanted people in the US and worldwide.

Because of media-proliferated official narrative propaganda, most people are brainwashed to believe otherwise.

They're complicit in their own demise by going along with what demands mass opposition before it's too late to matter.