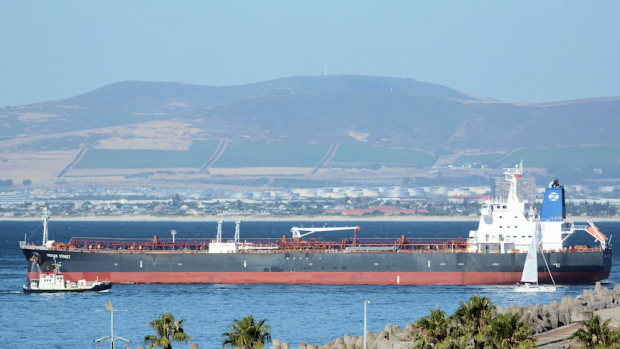 Iran Behind Strike on Israeli-Managed Tanker?

The incident occurred in the Arabian Sea off the coast of Oman.

According to Tehran-based Al-Alam News, attacking the Mercer Street was in response to Israeli aggression on Syria's Dabaa airport that killed two resistance fighters.

"Details of the incident are still being established and an investigation into the incident is currently underway."

"We continue to work closely with the UKMTO (United Kingdom Maritime Trade Operations) and other relevant authorities."

Calling the incident "suspected piracy (sic)," the company said it's "not aware of harm to any other" crew members.

According to Refinitiv ship tracking, the Israeli-managed tanker was en route to the UAE port city of Fujairah from Tanzania.

It continues to an unnamed location with a US naval escort.

Press TV said the attack came "against a backdrop of the Israeli regime's various assaults on cargo ships across the Persian Gulf region and elsewhere."

A statement by Britain's war ministry said it's "aware of reports of an attack on a merchant vessel off the coast of Oman."

"UK military headquarters in the region are currently conducting investigations."

An unnamed Biden regime official called the incident an attack by more than one drone — with no further elaboration.

A report by Dryad Global maritime intelligence said drones in the area were spotted before the attack.

In early June, Iran's Kharg, its largest warship, mysteriously caught fire and sank in the Gulf of Oman near the Hormuz Strait.

At the time, Iranian media reported that crew members on board were rescued, dozens injured from the incident.

Around the same time, a large-scale fire occurred at Iran's Tondgooyan Petrochemical Company.

In April, Israel was believed behind an attack on Iran's MV Saviz commercial vessel in the Red Sea.

Ahead of the incident, an unnamed Biden regime official said Israel informed the US of a planned attack on the vessel.

These and other incidents in recent years heightened tensions between Iran, the US, and Israel.

On August 1, interventionist Blinken and his counterpart Yair Lapid discussed a joint Biden/Bennett regime response to the July 30 incident against The Mercer tanker — according to State Department mouthpiece Price.

The incident comes against the backdrop of Iranian Foreign Minister Zarif's sharp rebuke of the US and E3 for pressuring, bullying, and blackmailing Iran to accept unacceptable JCPOA changes.

Regional tensions remain heightened at a time of nuclear deadlock.

What Biden regime envoy for Iran Robert Malley falsely called its "unrealistic demands" suggests that the US and E3 intend abandoning the JCPOA if Iran won't accept what's unacceptable.

That's where things appear to be heading.

Years of negotiations for JCPOA agreement in 2015 proved once again that diplomatic outreach to the US-dominated West assures failure even when deals are made.