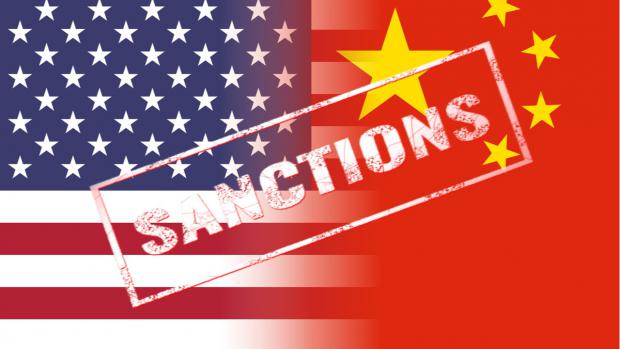 In response to Biden regime sanctions on six Chinese officials for invented reasons, Beijing countered with its own.

Invoking its Anti-Foreign Sanctions Law for the first time, it sanctioned six Biden regime officials and one entity, including:

The Hong Kong Democratic Council — opposed to democracy as it should be.

"Its affairs are an integral part of China's internal affairs."

"Any attempt by external forces to interfere in Hong Kong's affairs would be as futile as an ant trying to shake a big tree."

According to Beijing-based Chinese Association of Hong Kong and Macao Studies' Tian Feilong:

"The application of the law shows that our work in extraterritorial jurisdiction is necessary, as the legal battle on US-related issues will continue," adding:

On Friday, White House mouthpiece Psaki invented her own fabricated reality like many times before,  saying:

"Americans of both parties oppose these outrageous moves (sic) to target those who defend universal human rights and fundamental freedoms (sic), and Beijing's attempt to intimidate and bully internationally respected NGOs (sic) only demonstrate its further isolation from the world (sic)."

Like virtually always before, talks are certain to achieve nothing positive.

They'll once again be a colossal waste of time Beijing should have rejected, not agreed to.

The US unacceptably "claim(s) to talk to China from "a position of strength…reflect(ing) is arrogance and bullying."

"We didn't buy that" when Chinese and Biden regime officials met in Anchorage last March, "and we certainly won't…in Tianjin" when Xie Feng meets with Sherman, adding:

During her visit, Xie will "continue to elaborate on China's principled position (about) safeguard(ing) (the nation's) sovereignty, security and development interests."

"China (will consider) a meeting between State Councilor and Foreign Minister Wang Yi and…Sherman after her talks with Xie."

In response to a US 2022 National Defense Authorization Act provision that calls for "maintain(ing) (Washington's) ability to deter China from using military force to unilaterally change the status quo with Taiwan (by increasing) defense cooperation with Taiwan," Zhou stressed:

"There is only one China…and Taiwan is an inalienable part of the Chinese territory" adding:

"This is a historical and legal fact that cannot be altered by anyone or any force in any way."

That's where things are heading from many months of hostile US actions against China its leadership firmly rejects.