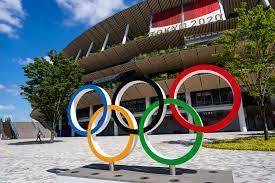 Far from promoting good will, open competition, and fair play, Olympism is all about exploiting athletes and populations where games are played with profiteering in mind.

The IOC and complicit partners marginalize the poor, other disenfranchised groups, and harm communities in host areas.

Stuck with the bill, taxpayers get nothing in return but hype and the illusion of amateur international sport at its best.

Thousands are evicted and displaced "to make way for Olympic accommodation."

Most of all, "the bottom of the food chain" loses out.

In the run-up to the games when held, fundamental rights and freedoms are cast aside to ready venues for events.

According to Market Watch.com on July 23, estimated costs of the Tokyo summer games may exceed $20 billion, perhaps much more when costs are tallied postmortem.

Japan's National Audit Board estimates that the games will cost $22 billion. Statista puts it at around $28 billion.

Revenue from the games is projected to be about $6.7 billion — Japanese taxpayers stuck with the differential, including loss of at least $800 million for banning fans in the stands over a nonexistent flu/covid pandemic.

Around $2 billion more was lost from expected revenues for hotels, meals, transportation and merchandise by foreign visitors not coming.

In stark contrast to — never warranted —public support, recent polls show that over 80% of the Japanese people believe the summer games should have been cancelled.

Despite signing a multi-year sponsorship deal with the IOC in 2015 for around $1 billion, Toyota pulled out of attending Friday's opening ceremonies and said it won't air ads related to the games in Japan, airing them abroad.

Separately, major Olympic sponsors Coca-Cola, GE, Alibaba, Visa, Intel and other firms withheld comments on whether and to what extent they'll air ads connected to the games.

Inside Tokyo's bubble, the summer games are surreal, farcical, and sterile — with echoes and street sounds alone in empty stadiums.

During Friday's opening ceremonies, a few hundred IOC delegates witnessed them in Tokyo's Olympic Stadium — worlds apart from what sports competition is supposed to include.

Yet athletes participated in Friday's charade, complete with hand-waving for television to empty stands — to remain this way throughout the games, making them more farcical than without draconian restrictions.

With Big Brother Yoshihide Suga regime minders watching, breaking unacceptable rules by athletes and/or members of their entourages at a time of a nonexistent pandemic means deportation.

Earlier, IOC head Thomas Bach farcically called Tokyo the "best ever prepared" city to host the summer games — at a time when they're sterile, a surreal charade with no fans in the stands.

Most remembered may be contests played under unacceptable conditions instead of what competition should be.

Telecasting to world audiences may try to block out what's missing, perhaps complete with artificial sights and sounds to try creating the illusion of normality.

Not last year or this one.

Perhaps never again under abnormal conditions in all aspects of public life in the West and elsewhere henceforth — including draconian rules transforming fields of dreams into nightmares where imposed.

What's Going on in Japan? Questions For Corbett #078

Japan Pulls 1.6-illion Doses of Moderna after Discovering They React to Magnets