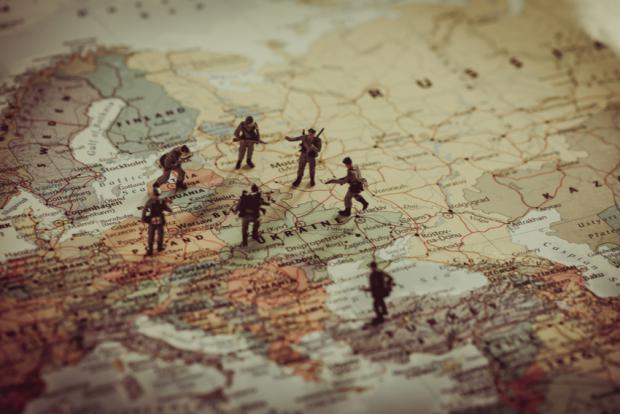 On Thursday, Russia's Prosecutor General's Office lodged an interstate complaint against Ukraine at the European Court of Human Rights (ECHR).

It cited "responsibility of Ukrainian authorities for the death of civilians, illegal imprisonment and cruel treatment of people" internally and by waging war on Donbass since April 2014.

It accused the US-installed regime of suppressing speech, media and other fundamental freedoms, along with persecuting truth-telling journalists, politicians, activists, and other Ukrainians.

It stressed discriminatory harshness against Russian speakers, as well as banning use of the language publicly, including in secondary and higher education schools.

It condemned state terror against Russian nationals, enterprises, and their officials.

It cited mass slaughter and destruction against Donbass and its people.

It denounced illegal blockade of the North Crimean Canal, the peninsula's main source of fresh water.

It cited attacks on Russia's diplomatic, consular and other facilities in Ukraine.

It holds Kiev responsible for downing Malaysian Airlines flight MH17 on July 17, 2014 in its own airspace, falsely blamed on Russia by the so-called — US-controlled —  Joint Investigation Team (JIT).

It cited a consistent pattern of human rights abuses by Ukraine's ruling regime since the US-orchestrated 2014 coup d'etat against the nation and its people.

In May 2014, they massacred and wounded 100s of defenseless victims in Odessa's trade union building, including by incineration.

Instead of intervening to prevent what happened, Ukrainian police let fascist thugs gun down, strangle, bludgeon and hack victims to death with axes.

Others were burned alive or thrown to their death from windows of Odessa's trade union building.

To this day, official accounts suppressed what happened, including by Western media.

Russia's Foreign Ministry slammed the US-installed Kiev regime for failing to "take any tangible steps toward an objective, independent and impartial investigation of this horrific crime."

The same goes for over seven years of high crimes of war and against humanity by US-installed fascists to this day.

Zakharova explained why Russia is calling on the ECHR to hold Kiev accountable now, saying the following:

"For many years, Russian and Ukrainian citizens and organizations have regularly asked, and even begged us to sue Kiev in the international court for its illegal actions."

"Russia's position during these years does not at all mean that it has no arguments or evidence."

"To the contrary, Russia has amassed a tremendous amount of materials and will use this phenomenal mass of evidence in court."

"Nothing has been forgotten (or omitted), no matter how much Kiev might wish this to disappear."

Unable to achieve long denied justice in other ways, Moscow "r(an) out of patience."

"The Kiev regime has enjoyed complete impunity while international organizations closed their eyes to its" breaches of law.

"It was given free rein. By holding Ukraine liable internationally for its systematic human rights violations (countless personal complaints show the scale of the atrocities), Russia is defending European law and order, a key value of the Council of Europe, something we have heard a lot about."

Will the ECHR rule for Russia against Ukraine to enforce European and international law?

Or will the court bow to a higher power in Washington by failing to hold Kiev responsible for high crimes too egregious to ignore?

The latter injustice — and contempt for the rule of law — is most likely ahead.