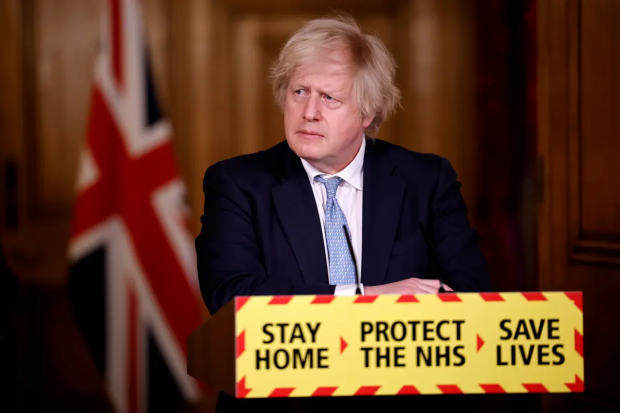 The same thing is ongoing in the US and throughout the West with intent to eliminate what's left from greatly eroded freedoms.

Days earlier, Johnson "serve(d) notice…that by the end of September, when all over-18s will have had their chance to be double-jabbed, we are planning to make full (flu/covid jabbing) the condition of entry to nightclubs and other venues where large crowds gather," adding:

"Some of life's most important pleasures and opportunities are likely to be increasingly dependent on" flu/covid jabs.

His regime and Britain's Department for Health and Social Care (DHSC) wants them mandated for workplaces.

Will UK employment depend on proof of double-jabs — and boosters when ordered — with what destroys health, not the other way around as falsely claimed?

Will flu/covid police become a widespread line of work as Western nations increasingly mandate what demands all-out resistance against?

Is what's mandated so far prelude for much the same in all public places throughout the West?

Will refusniks be ostracized from societies?

Will they be virtually quarantined like Mary Mallon was long ago and demeaned as Typhoid Mary?

So far, over 10 million Brits were pressured to accept flu/covid passports.

Brits are damned if they do or don't, either way losing fundamental freedoms.

Medical tyranny is spreading throughout the West, downplayed by Britain's DHSC, saying:

Flu/covid jabbing "status allows users easily to show their proof of (jabs), which will help people to travel abroad, start returning to workplaces and attend large-scale events as we cautiously proceed with the roadmap (sic)," adding:

Flu/covid passports will permit means "entry" to where Brits will "be in close proximity to others outside their household."

Free movement will be denied without them.

Employers are called on to require them for workers. Otherwise the Johnson regime will "consider mandating the(m) at a later date."

Like public anger in France over draconian Macron regime flu/covid mandates, thousands of Brits took to the streets to protest against where Johnson is heading Britain.

One outraged Brit likely spoke for countless others, saying:

"Can I clear it up for anyone wondering why thousands have gathered (for a) parliament square freedom protest?"

"Freedom is having the right to choose to wear masks or not without the constant threats of new winter lockdowns and (flu/covid) passports."

Johnson and hardliners around him redefined it to mean compliance with draconian health-destroying policies.

What's going on in Britain, France, the US, and elsewhere throughout the West is eliminating freedom altogether by incremental steps.

UK businesses are furious about what's going on.

"What an absolute shambles."

"The government's own report into (flu/covid) passports found they were more trouble than they're worth."

"So what could possibly explain the about-turn, just as millions across the UK experience their first taste of a night out in a year and a half?"

There's no ambiguity about what's going on throughout the West.

Ruling regimes are pushing for maximum numbers of people to be double-jabbed and booster-jabbed with toxins designed to harm health and kill — on the phony pretext of protecting public health.

"We've seen in other countries, whether it's in Holland or in Italy, the opening of nightclubs and then having to reverse that decision rapidly (sic)."

"So what we're attempting to do — the reason we have the Covid vaccination pass in place — is to work with industry in this period whilst we give people over the age of 18 the chance to become double-(jabbed)."

As in other Western countries, reported numbers of flu/covid outbreaks in Britain were artificially inflated to push draconian policies and get as much public acceptance as possible — of what no one should go along with.

We've been lied to and mass deceived about all things flu/covid all along.

The worst of what Western dark forces have in mind likely lies ahead.