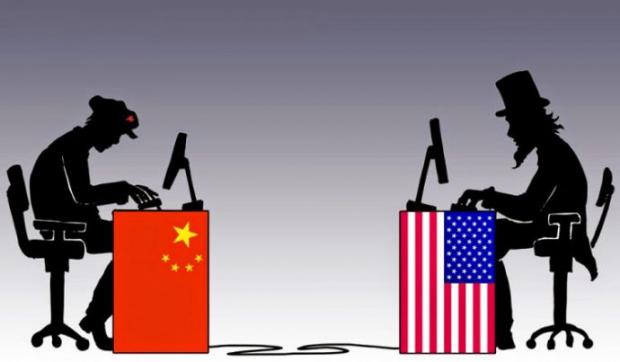 Cyberwar is a US specialty, a weapon used against allies and enemies alike.

No nations engaging in this practice remotely approach how extensively US dark forces use it against targeted countries.

Along with digital espionage, it's to cause economic, financial and other damage to critical systems by attacking and disrupting computer systems.

Potentially it can paralyze companies, cities and governments.

It's waging war by digital means, what's going on by the US against numerous countries on its target list for regime change.

Russia and China are key US targets.

US-dominated Western nations abuse "their technological advantages for massive and indiscriminate eavesdropping across the world, even on its close allies," Beijing's EU mission stressed, adding:

"At the same time, they have boasted themselves as the guardians of cyber security."

"They push around their allies to form small circles and repeatedly smear and attack other countries on cyber security issues."

The practice has been going on for years.

According to China's National Computer Network Emergency Response Technical Team/Coordination Center in its 2020 annual report, about 5.31 million hosts on the Chinese mainland are controlled by about 52,000 overseas servers, notably in NATO member states — compromising the nation's security.

Along with government facilities, cyberattacks occurred against a Chinese power train company, a steel plant, a commerce bureau, a technology committee, and nearly 1,000 universities — notably by US hackers.

They mostly use "high-frequency 'brute force' cracking tactics (for cyber-espionage (to gain) as much information about the targeted networks as possible before launching high-frequency probing attacks against their weak points," GT stressed.

China's embassy in Canada accused the US of "violat(ing) international law and basic norms in international relations by carrying out large-scale, organizing and indiscriminate cyber theft, wiretapping and surveillance of foreign governments, enterprises and individuals, including allies," adding:

The US "is the world's largest 'hacker empire.' "

China is repeatedly "victim(ized) (by) US cyber-theft" and espionage.

Indisputable evidence makes clear that the US-dominated West unacceptably accuses other nations, like China, of cyber-crimes their regimes commit repeatedly against targeted countries.

"The US ganged up with its allies to make groundless accusations out of thin air against China on the cyber security issue."

"Given the virtual nature of cyberspace and the fact that there are all kinds of online actors who are difficult to trace, it's important to have enough evidence when investigating and identifying cyber-related incidents."

Analysis shows that "the US is the world's largest source of cyber attacks."

According to a report by China's 360 cyber security firm, "APT (advanced persistent threat) groups from North America have sophisticated techniques and abundant resources, and have long been targeting specific industries and institutions."

China's National Computer Network Emergency Response Technical Team discovered that the US and two of its key NATO allies are the top three nations involved in cyberattacks on Chinese targets.

The 360 report also showed that "APT-C-39, a (CIA) cyber attack organization, carried out cyber infiltration and attacks on China for 11 years in key areas such as aerospace, science and research institutions, oil industry, large Internet companies and government agencies."

"The above attacks seriously undermined China's national security, and the security of China's economy, critical infrastructure and citizens' personal information."

"The US is wiretapping not only competitors, but also its allies, while dubiously accusing China's of cyber attacks "based on hearsay evidence."

"China once again strongly demands that the US and its allies stop cyber theft and attacks targeting China, stop slinging mud at China on this issue, and revoke" its phony accusations.

"China will take necessary measures to firmly uphold its cyber security and interests."

Zhou added that the US and its key NATO allies prioritize "cyberspace as a new fighting domain."

They're "spur(ing) a cyber arms race, increas(ing) risks of cyber friction and conflict between countries, and undermin(ing) international peace and security."

Hegemon USA is the greatest threat to world peace and stability.

It's China's key adversary. The same goes for Russia, Iran, and other nations free from its control.

It comes at a time of US-generated heightened friction between both countries.

Chances for something positive from the upcoming talks are virtually nil.

The nation is the key US targets for regime change, risking unthinkable war by potentially pushing things too far.