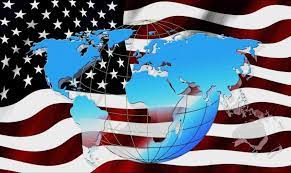 Under both right wings of its war party, hegemon USA is an unparalleled threat to everyone everywhere.

"(T)he Americans want to implement all the issues discussed in Geneva (by Vladimir Putin and Biden's double) primarily through promotion of their interests, rather than through balancing the interests of the US and" Russia," adding:

Moscow is willing to discuss all issues relating to bilateral relations — "but only on a mutually respectful basis and taking into account the balance of each other's interests."

Addressing "the humanitarian plight of the Syrian people" from over a decade of US war on country, Lavrov condemning the Trump regime's "styfling…inhumane 2020 Caesar Act" that all about suffocating its people into submission to Washington's will.

He also denounced "the illegal seizure of Syrian assets from foreign banks," plundering them, and "refusal to ensure delivery of humanitarian aid (from international organizations) through Damascus."

The diabolical US/Western agenda is all about "perpetuat(ing)" misery of Syrians as long as the nation is free from their control.

"We can see that attempts are being made east of the Euphrates to promote separatist tendencies (by the US, West and Turkey)," said Lavrov, adding:

"They receive external support, including financial and material assistance. We regard this as unacceptable."

"We will continue to act in accordance with the principles set out in the documents of the Astana Format, namely, our categorical rejection of any attempts to split up Syria."

Separately on June 30 at the Security Council, Russia's UN envoy Vassily Nebenzia slammed earlier "Illegitimate (US) attempts to re-impose UN sanctions on Iran and introduce an unprecedentedly strict arms embargo against that country via the Security Council."

Iran is in full compliance with its obligations, in stark contrast to flagrant US/E3 breaches since May 2018.

The Biden regime's UN envoy falsely accused Iran of "violating missile provisions of resolution 2231" — leaving unexplained that "the US itself continues to violate this resolution."

"Unilateral (illegal) withdrawal of the US from the JCPOA and its subsequent steps to undermine the deal left behind huge piles of rubble (not easily) clear(ed) out."

"Iran is an equal partner that has its interests, concerns, its own understanding of national security risks."

"Being a sovereign state, it is perfectly entitled to all that."

"When it comes to international relations, states do not have to like each other."

"But they have to treat each other with respect" as mandated by theUN Charter and other international law.

"Iran's nuclear program is nothing different from similar programs of any other member of the NPT that does not possess nuclear weapons."

Nor does the Islamic Republic threaten other nations like the US/West and belligerent neighboring states.

Yet hegemon USA and its imperial partners unacceptably call for imposing "renew(ed) restrictions (on) Iran's (legitimate) nuclear activity" by making the JCPOA 'longer and stronger" in flagrant breach of SC Res. 2231.

Its unanimous adoption had nothing to do with deterring Iran.

It's all about normalizing relations with the nonbelligerent country threatening no one.

What took years to finalize was illegally unraveled with a stroke of Trump's pen — based on fabricated accusations against Iran and its leadership.

Nebenzia called what happened "US destructive action aimed at undermining the JCPOA" — a policy so far continued by Biden regime hardliners and complicit E3 partners for refusing to comply with their obligations under the deal.

"Unfortunately, we still do not see the decisions of the previous US (regime) being reconsidered."

"The US side continues its policy of (illegal) maximum pressure on Iran (in flagrant breach of) UNSC Resolution 2231."

"There is no alternative to the JCPOA. We must be conscious of that."

"Let's for just one second imagine the world without the deal."

"Will it be safer for anyone than the world we have now?"

Yet Biden regime hardliners, their complicit E3 partners, and apartheid Israel oppose the JCPOA unless revised to include unacceptable draconian restrictions no responsible government would accept — with intent to kill the deal altogether.

During Wednesday's Security Council session, Iran's UN envoy Majid Takht-Ravanchi stressed that abandonment of the JCPOA by the Trump regime was illegal, irrational and unjustifiable.

Nearly three months of talks in Vienna failed to bring the US and E3 back into compliance with their JCPOA obligations.

Iran justifiably demands complianc as required by international law, along with "assurances and a guarantee that such a thing will never be repeated again."

"Those who broke their promise are the ones who must prove their sincerity and genuine political will."

"They are the ones who must take hard decisions" by returning to what they illegally abandoned.

The prospect that either wing of the US war party would guarantee anything positive to Iran is virtually nil.

After six rounds of talks in Vienna since April 6, the US and complicit E3 partners remain in noncompliance with their JCPOA obligations.

There's virtually no chance that they'll return to the landmark agreement in its original form as mandated by SC Res. 2231.