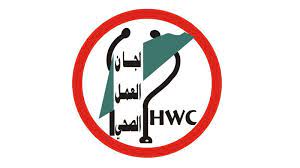 As part of its longstanding state terror against millions of Palestinians — including their right to healthcare — Israeli forces violently stormed the Union of Health Work Committees (UHWC) headquarters in Ramallah on Wednesday.

Time and again before, its staff members were harassed and violently arrested for alleged affiliation with the Popular Front for the Liberation of Palestine.

After bursting through its door on Wednesday, Israeli forces stole its computers, hard drives, and other possessions.

An infamous military order was issued, closing the office for six months.

Perhaps renewal of the order will follow, closing it longterm or permanently.

Denouncing the move, the Palestinian Center for Human Rights (PCHR) called UHWC's closure a "systematic policy to polish off the Palestinian civil society and undermine its role in supporting the Palestinian resilience under the occupation" by attacking its healthcare system.

The PCHR described what happened as following:

After breaking through the door, they "ransacked the headquarters…confiscat(ing)" computers, hard discs and files.

Staff were threatened with arrest and prosecution if enter the headquarters while closed.

"(T)his military order will negatively affect the organization's work and continuity to provide healthcare services to (Palestinians) as the closure of the headquarters will hinder work in the branch offices in terms of administrative and financial matters."

"Moreover, the closure will restrict our relations with donors when they know that the headquarters is closed in addition to shaking the confidence of medicine and medical devices' suppliers in the organization."

Israeli forces raided and ransacked UHWC's headquarters before — in October 2019 and last March,  stealing equipment and records, along with arresting staff members.

PCHR explained that UHWC "is a well-respected Palestinian non-governmental organization that was founded in 1985."

It's "active in the field of health and community development in the Palestinian territory from a human rights perspective."

"It has branches in most Palestinian cities in the West Bank and Gaza."

Assaulting its headquarters, stealing its equipment and files, threatening its staff, and compromising its ability to provide healthcare for Palestinians breaches Fourth Geneva, the International Covenant on Civil and Political Rights, and other international law.

Israeli state terror goes on daily throughout the Occupied Territories.

It aims to "undermine Palestinian civil society in cooperation with its affiliate right-wing organizations," said the PCHR, adding:

"(T)here is an Israeli systematic policy to stifle the civil society organizations, particularly the human rights organizations and those providing services, in order to obscure the reality, isolate the victim and undermine any efforts to support the Palestinian people's resilience under the occupation."

The world community shares guilt by failing to hold apartheid Israeli accountable for its high crimes against humanity that go on daily throughout the Occupied Territories.

On Monday, Rep. Ilhan condemned "unthinkable atrocities committed by the US (and) Israel…"

She asked interventionist Blinken "where people are supposed to go for justice."

"We must have the same level of accountability and justice for all victims of crimes against humanity," she stressed.

Walking back from her remarks on Thursday didn't lessen her having touched an important nerve.

Longstanding high crimes committed by the US-dominated West and Israel are ignored by most other world community member states — instead of demanding accountability under international law.