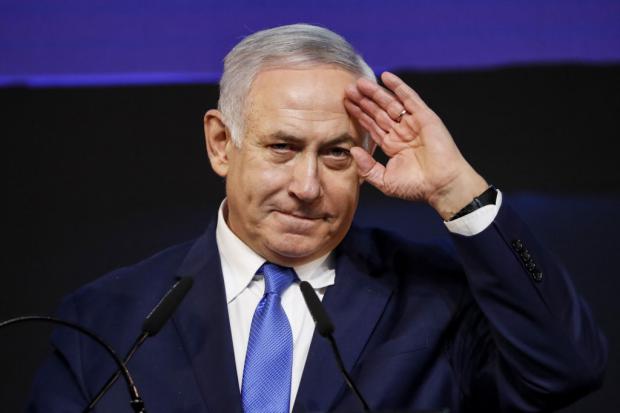 Palestinians and Israeli Arab citizens never had Jewish state friends in high places or in the West — just mortal enemies.

If the anti-Netanyahu coalition is sworn into power this month and sticks, dirty business as usual will continue like always before.

Representing settler interests, it advocates for unchallenged Israeli control over historic Palestine, Arabs displaced for exclusive Jewish development and use — by whatever it takes to achieve these aims.

"Against the cowardly Arab terrorism, a wave of Jewish courage is rising to defeat it."

He bragged about "kill(ing) lots of Arabs in my life (during military service). There's no problem with that," he stressed.

Earlier he said "(t)he time has come to say Israel is ours to go from strategic defense to a process of initiating the implementation of Israeli sovereignty over the territories under Israeli control in Judea and Samaria," adding:

"We need to mark this as a strategic objective and stop the misunderstood message sent from Israel abroad."

"The approach that I'm promoting is reasonable, sane. In the Middle East, we don't have the luxury to indulge in fantasy."

"(A) Palestinian state, if established, would be taken over by ISIS, Hamas and Islamic Jihad (as) a launching pad for attacks against our citizens (sic)."

"It is a risk Israel cannot take (sic)."

He once threatened Iran, saying: "We need to move from containment to attack."

He called for illegal annexation of historic Palestinian land, including Jerusalem as Israel's exclusive capital.

After two years in power, Yair Lapid is scheduled to succeed Bennett as prime minister, based on their rotational agreement.

Earlier he called Hamas adherents throughout the Occupied

"Each time Israel makes a gesture or undertakes a confidence-building measure (sic), the automatic rifles in Ramallah are loaded and cocked (sic)."

He prioritizes settlement expansions for maximum Jews and minimum Arabs in historic Palestine.

He once called for "shoot(ing) to kill (Palestinians) who pull out a knife or screwdriver."

He and other members were never held accountable — or questioned — about their crimes of war and against humanity.

He once said he'd never form a coalition with Arab parties.

In 2013, he told Time magazine the following:

"(W)e have 3.3 million Palestinians now between the sea and the eastern border of Israel."

"If we don't do something about it, (Israeli children are) going to spend (their) time with six or seven or eight million Palestinians."

"So doing nothing about it is shortsighted."

His notion of "normality" is racist forever occupation and preventing Arab parties from gaining political influence in Israel.

Calling himself a centrist, in the West and elsewhere he'd be considered hard right.

Interviewed by The Atlantic in March, he sounded indistinguishable from Netanyahu — expressing support for forever apartheid in less than so many words.

"He will make sure to express how extreme he is in the government."

According to Hamas spokesman Hazem Qassem:

"Palestinians have seen dozens of Israeli governments throughout history, right, left, center, as they call (them)."

"But all of them have been hostile when it comes to the rights of our Palestinian people, and they all had hostile policies of expansionism."

Palestinian Balad party head Sami Abou Shehadeh said "(w)hat we need is a serious change in Israeli policies, not in the personalities," adding:

"The situation was very bad before Netanyahu, and as long as Israel insists on its own policies, it will continue to being bad after Netanyahu."

"This is why we oppose (the new coalition) government."

"The end of the Netanyahu era still contains within it built-in systems of racism, extremism, violence & lawlessness + expansionism, annexation & lawlessness."

"His former cohorts  (now part of the opposition coalition) will maintain his legacy."

"It's up to the diminished progressive forces to challenge & change this legacy."

The vast majority of long-suffering Palestinians likely share views similar to the above.