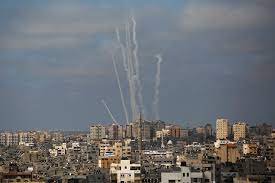 Down to the Wire High Drama in Israel

Anti-Netanyahu coalition partners have until moments before midnight June 2 to finalize an agreement to replace Netanyahu.

At the same time, he's going all-out to undermine their best-laid plans.

Until finalized and sworn into office by a Knesset majority, the Lapid/Bennett coalition remains the opposition to Netanyahu's led government.

On Tuesday, the Jerusalem Post (JP) explained the following:

Under Israeli law, once Lapid/Bennett formally tell President Rivlin that agreement was reached to form a new government, a Knesset swearing in session can be delayed up to seven days by Speaker Yariv Levin.

"It is understandable that we want to torpedo the formation of the government."

At the same time, unresolved details remain to be worked out relating to who'll serve as heads of and on various ministries.

"If you want to know why we have to change the leadership in Israel, go and listen to Netanyahu's speech, which was a dangerous and unhinged speech by someone who has no limits anymore," adding:

"There are still plenty of obstacles in the way of the formation of the new government."

"Maybe that's a good thing because we'll have to overcome them together."

"That's our first test: to see if we can find smart compromises in the coming days to achieve the greater goal."

An unnamed opposition source was quoted on Monday, saying significant progress was made overnight in resolving remaining differences.

On Tuesday, the Times of Israel reported that Lapid "is expected to declare (today that) he has coalition (support) to oust Netanyahu…after marathon overnight (Monday) talks."

Ynet News also reported that while while negotiations continue, "a resolution of the outstanding issues was expected" by late Tuesday local time, adding:

"Netanyahu…has been making repeated efforts to scupper the nascent deal by his political opponents."

His Machiavellian way of operating always makes him dangerous.

"As usual during his destructive years in power, (he) again used 'left' as a synonym for a 'danger to Israeli security and the future of the state,' " adding:

He "again offended Arab citizens," calling the Lapid/Bennett-led coalition "a government that relies on anti-Zionist votes."

He "distorted" the notion of "a government of healing."

For him, "(t)wo million (opposition) voters are a sickness."

"What hatred, what arrogance (by) a criminal defendant…"

"Only a man who has disgusted people so deeply could have brought together people from all parts of the political spectrum, who in normal times would have a hard time finding anything in common."

"Only someone whose reliability had been totally eroded could have led his rivals to set aside their differences and overcome serious political, economic, diplomatic, social and political disputes to work together."

The common thread among opposition coalition party members is "a desperate need to replace a dangerous leader who is doing great damage to the country," Haaretz stressed.

Separately on Monday, Haaretz said "Netanyahu is bankrupt, and everyone in (Israeli) politics knows it."

On trial for bribery, fraud and breach of trust — with damning evidence against him — he belongs in prison longterm for 15 years of high crimes as (c)rime minister."